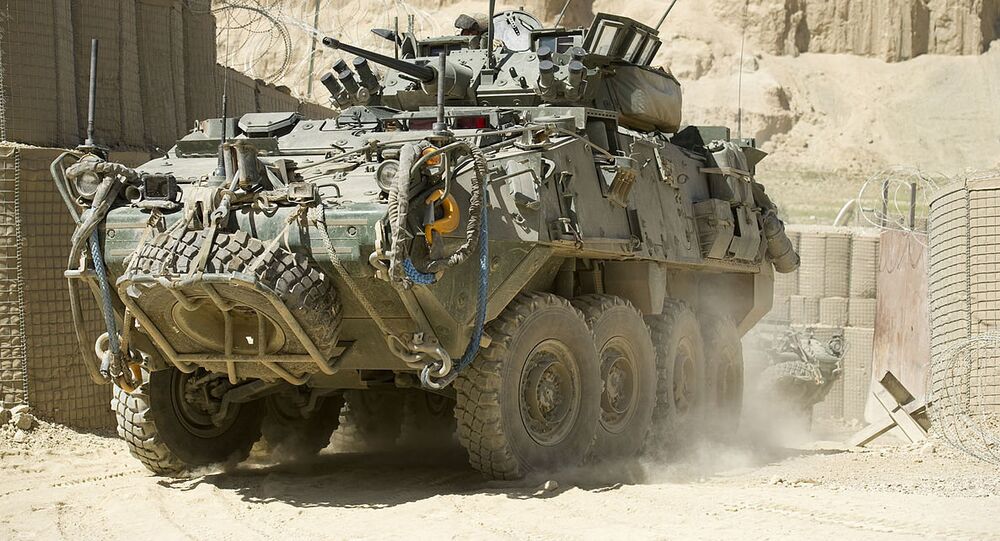 Defense contractor General Dynamics warned the Canadian government Monday that if it goes forward with its proposed withdrawal from an arms deal with Saudi Arabia it would incur "billions of dollars of liability."

On Sunday, Canadian Prime Minister Justin Trudeau indicated his intention to scrap a $13 billion arms deal with Saudi Arabia in protest over the kingdom's presumed assassination of journalist Jamal Khashoggi and its continued bloody war in Yemen.

"The murder of a journalist is absolutely unacceptable, and that's why Canada from the very beginning had been demanding answers and solutions on that. Secondly, we inherited actually a $15 billion contract signed by [former Prime Minister] Stephen Harper to export light-armored vehicles to Saudi Arabia," Trudeau told CTV Sunday about his predecessor's deal. "We are engaged with the export permits to try and see if there is a way of no longer exporting these vehicles to Saudi Arabia."

However, General Dynamics Land Systems-Canada fired back the following day, telling Ottawa that the penalties for ending the deal would be very steep — to the tune of C$1 billion, or US$747 million.

"Were Canada to unilaterally terminate the contract, Canada would incur billions of dollars of liability to General Dynamics Land Systems-Canada," the company said, according to the Toronto-based Globe and Mail. "Terminating the contract would have a significant negative impact on our highly skilled employees, our supply chain across Canada and the Canadian defence sector broadly."

Canada's arms deals with the Saudi Kingdom have become a source of public embarrassment in recent years, most recently becoming part of the diplomatic spat between Ottawa and Riyadh in August.

A $15 billion arms deal in 2015 saw Ottawa supply Riyadh with Terradyne Armored Vehicles' Gurkha armored cars. However, when footage of them being used to suppress Shiite protesters in the eastern Saudi city of Qatif and in the Saudi-led coalition's war in Yemen came to light in 2017, the government of the newly elected Trudeau began an investigation.

"The deal was that it was to be kept secret, but when Trudeau came to power a couple of years ago, details were leaked about what was going on, and then stories about these armored cars being used to attack people in Yemen and crush internal dissent and so on, it caused the Saudis a lot of problems, and really angered them, and they felt they were being betrayed," Christopher Black, an international criminal and human rights lawyer, told Radio Sputnik at the time. "Canada was taking their money but making them look bad at the same time."