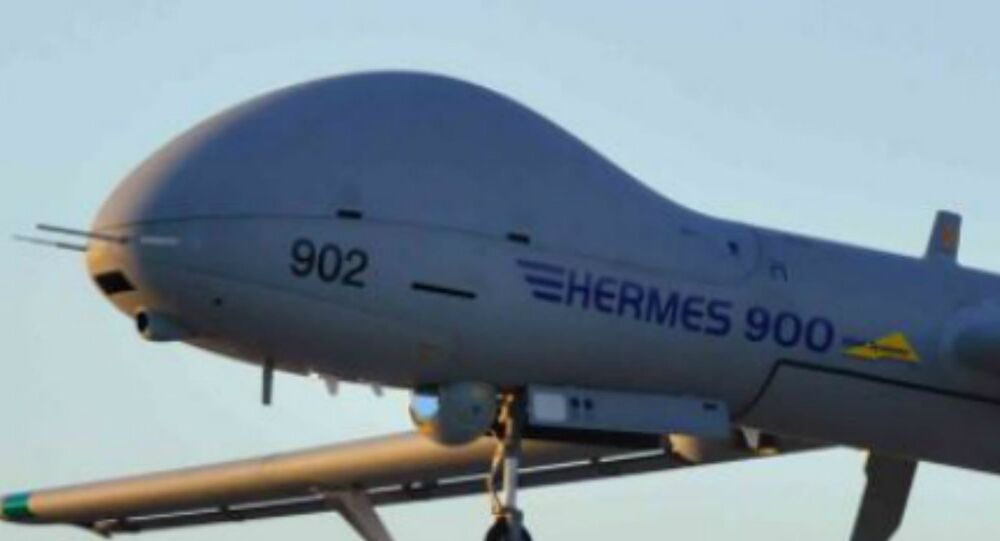 The 20-acre facility will start operations with the manufacturing of complete carbon composite aerostructures for the Hermes 900 UAV, followed by the Hermes 450 UAV, catering to the global markets.

New Delhi (Sputnik): India's Adani Defence and Aerospace and the Israel-based Elbit Systems Ltd on Friday launched the Aldani Elbit Unmanned Aerial Vehicles complex in the southern city of Hyderabad. This is the first private UAV manufacturing facility in India and the first one outside Israel to manufacture the Hermes 900 medium-altitude long-endurance UAV.

"This facility where the Hermes 900 (MALE) and the Hermes 450 — considered the most advanced UAV systems in the world — will be manufactured, is in line with the Indian government's strategic plan and enables us to share our extensive experience in defence systems and benefit from the dedicated Indian workforce", Bezhalel Machilis, president and chief executive officer, Elbit Systems, told the media on Friday.

"We are waiting for it (Indian Armed Forces) to give us the first opportunity, to be part of the selection process and we believe it will be very successful," Elad Aharonson, executive vice-president and general manager, Elbit Systems Ltd, said.

© AP Photo / Channi Anand
India Adopts Pilot Policy Paving the Way for Commercial Use of Drones
It is worth here mentioning that the Indian Armed Forces had issued a tri-service requirement for the acquisition of up to 150 medium altitude long endurance (MALE) UAVs in 2016 but the procurement process got delayed for unknown reasons despite the forces citing urgency of owning that kind of drones to keep an eye on Chinese movements along the northern border. The requirement submitted by the Indian Armed Forces specified UAVs having a service ceiling of 30,000 feet or more, and a maximum range in excess of 250km in the line of sight mode.

"We did not want to wait till India finalizes its order for (procuring) 150 UAVs. We will start with the export orders from this facility", Ashish Rajvanshi, head of Adani Defence and Aerospace told the media on Friday.

The production is expected to start from March 2019. Adani Defence has invested $15 million in the park which would also house its JV facility with Rave Gears (USA) for helicopter transmission gears.

How About This, Elon Musk?: Russian Postal Service's UAV Crashes on 1st Flight