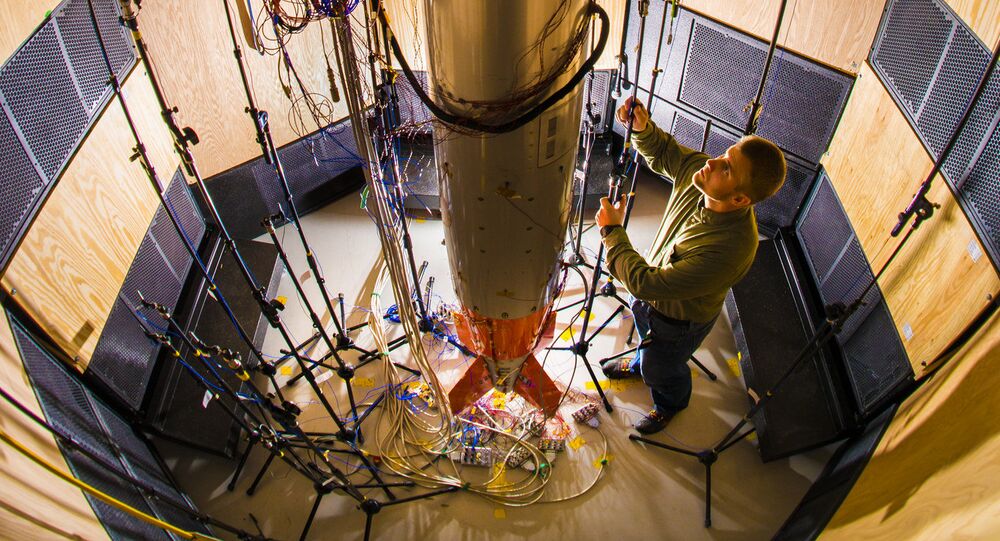 The US Air Force has cleared Boeing to start producing hardware for the B61-12 nuclear gravity bomb, according to a recent announcement.

The B61-12 bomb passed its "Milestone C," one of the steps before the construction phase of a project, toward the end of October, the Air Force Nuclear Weapons Center at the Kirtland Air Force Base recently revealed.

Boeing is now cleared to start producing the tail kit in 2020, according to reports.

The Air Force is building the tail kit for the adjustable-yield nuclear weapon, while the Department of Energy's semi-autonomous National Nuclear Security Administration (NNSA) is tasked with the assembly of the nuclear bomb, according to the announcement. The Air Force is also tasked with making sure any nukes are integrated with the B-2 and F-15 aircraft, the announcement says.

NNSA has estimated the program for the B61-12 nuclear bomb will cost $7.6 billion, though independent projections place the cost at $10 billion, according to the Government Accountability Office.