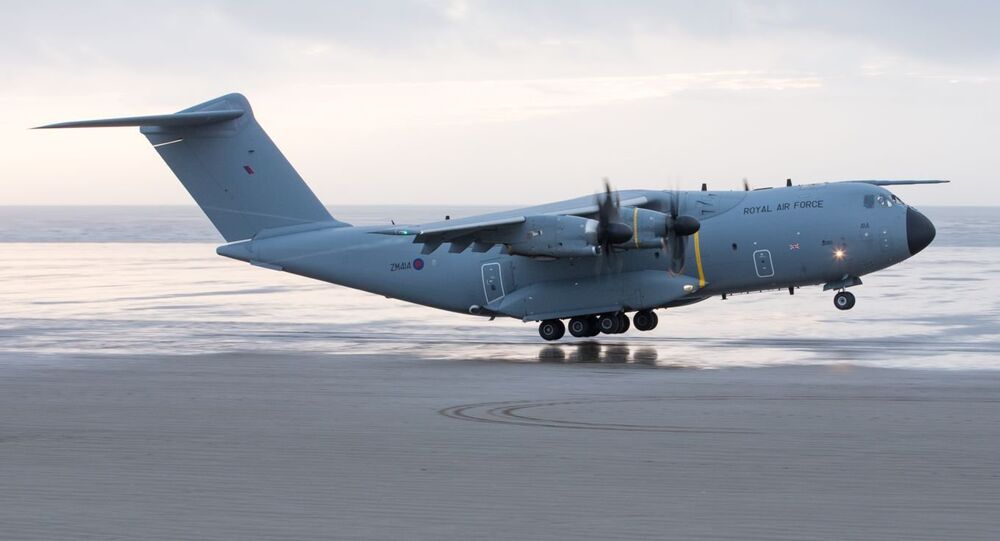 A video of a massive RAF military transport aircraft landing on a Welsh beach has been published, showing the 120-tonne plane landing and taking off from the terrain, from both onboard and outboard shots.

The plane was recently put through its paces at beach landing trials in Carmarthenshire, South Wales.

Members of 206 Squadron and @70SqnA400M based at @RAFBrizeNorton have been testing the capability of the A400M Atlas during beach landing trails at Pembrey Sands beach in Southern Wales. pic.twitter.com/nwo0rGBI4H

Commenting on the trials at Pembrey Beach, the RAF said, "Beaches are routinely used by the RAF for training operations with other tactical airlifters. The A400M showcased its superb tactical capabilities on natural surfaces by performing take-off, landing and taxiing manoeuvres."

The A400M has a maximum range of around 2,000 miles and is capable of reaching speeds of almost 500mph, transporting as many as 116 military personnel.