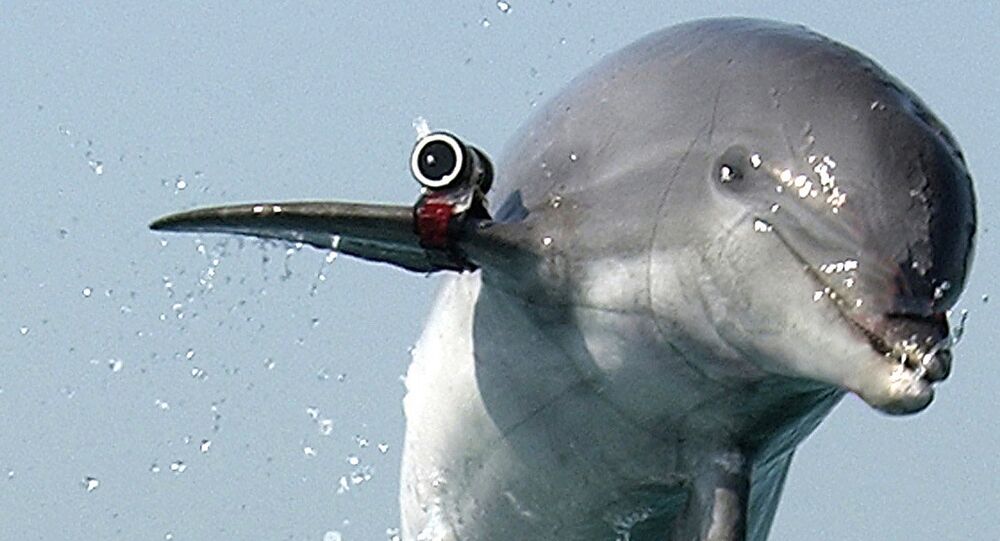 Previously, the Persistent Aquatic Living Sensors (PALS) aimed to find existing marine organisms capable of reacting to unknown, man-made objects so that the US military could use them without tapping into their DNA. It seems that the Pentagon has abandoned this plan for a gene-modified one.

The Naval Research Laboratory (NRL), working for the US military, has changed the direction of its PALS project to breeding marine life-forms that would produce measurable reactions, when they encounter enemy submarines, Defence One reported.

© CC0
Pentagon to Use Marine Animals to Track Its Enemies

Sarah Glaven, an NRL researcher cited by the online website, said that by altering the genome of bacteria living in the oceans and seas, they can possibly make them produce an electrical signal, when they come in contact with fuel or steel molecules in water. Such bacteria can become a living self-sustaining submarine sensor.

"After experiments where we look at switching gene potential, gene expression, regulatory networks, we are finding these sensors", she said.

Glaven claims that the laboratory possesses hard evidence, proving such biotechnology can be achieved and adapted for the use by the military in just a year.

Currently, the US Navy relies on hardware-based sensors, which are expensive to deploy around the world, forcing it to limit their usage to protecting aircraft carriers and US coasts. Earlier, NRL announced it would look for existing marine organisms that can properly react to the presence of submarines near them, without tampering with their genome.

"The PALS programme aims to leverage the biological maritime ecosystem across a wide array of marine environments […] to find M/UUV [Manned/Unmanned Underwater Vessels] targets", the programme description read in March 2018.

The US military has been studying marine lifeforms since 1960, when the US Navy Marine Mammal Programme (NMMP) was launched in a bid to find military uses for marine life. The programme resulted in the creation of equipment and training programmes that were used to train dolphins and sea lions to locate underwater mines, protect harbours, and to assist in object recovery missions. In 2012 it was announced that starting in 2017, the US would switch to using automated robots to conduct mine sweeps, instead of marine mammals.