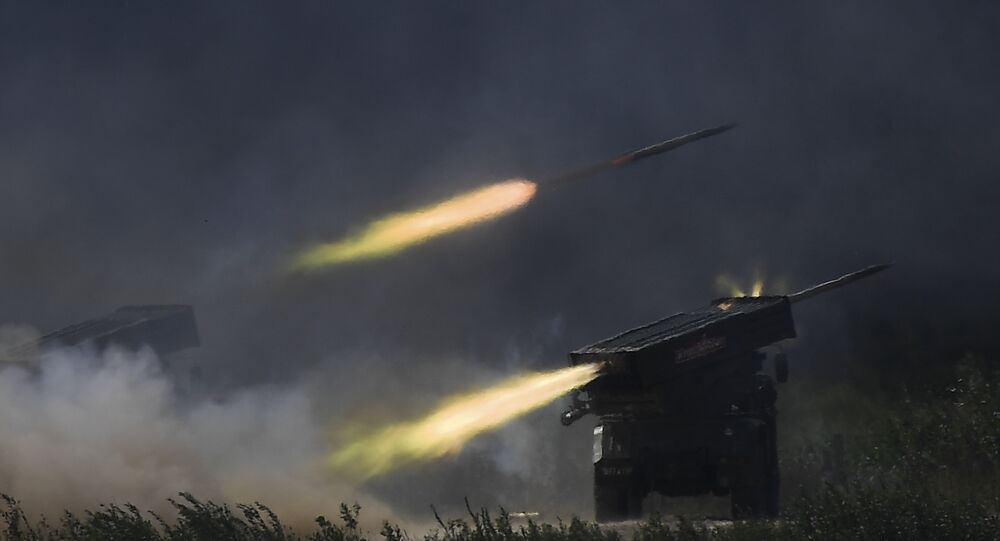 Russia's multiple launch rocket system (MLRS) artillery platforms are known for their accuracy and destructive power. Now, developers say, they are being improved further through automation.

"If we look at first generation systems, be it Grad or Tornado, they, of course, possess some minimal tools of automation. It's difficult to determine the percentage of robotization in a particular complex or system. But I can say with confidence that the systems created in recent years, including the Tornado-G and Tornado-S, have already implemented components which can become the foundation for a promising robotized MLRS," Smirnov explained.

The director noted, for example, that the Tornado-G is equipped with an automated guidance and fire-control system, along with automated equipment for launch preparations and the launch itself.

"This allows us to automate the preparation process, and to control the guidance of the launch package, and the firing itself, and to carry out automatic topographic positioning and orientation of the combat vehicle on the ground, to remotely enter flight mission data into the fuses and launch projectiles without the crew having to leave their cabin," Smirnov said.

© Sputnik / Andrei Aleksandrov
Hailstorm of Fire and Steel: What Makes Russia's Modern Day 'Katyushas' So Fearsome
Russian armament makers have a long history of success with rocket artillery systems, with the legendary WWII-era BM-13 Katyusha rightfully touted as the precursor of modern MLRS design. Since then, Soviet and Russian engineers have introduced a series of successively more powerful, accurate and deadly MLRS systems, including the BM-21 Grad, the BM-27 Uragan, the BM-30 Smerch, and most recently, the state-of-the-art Tornado-G and Tornado-S.
...
Reddit
Google+
Blogger
Pinterest
StumbleUpon
Telegram
WhatsApp
811