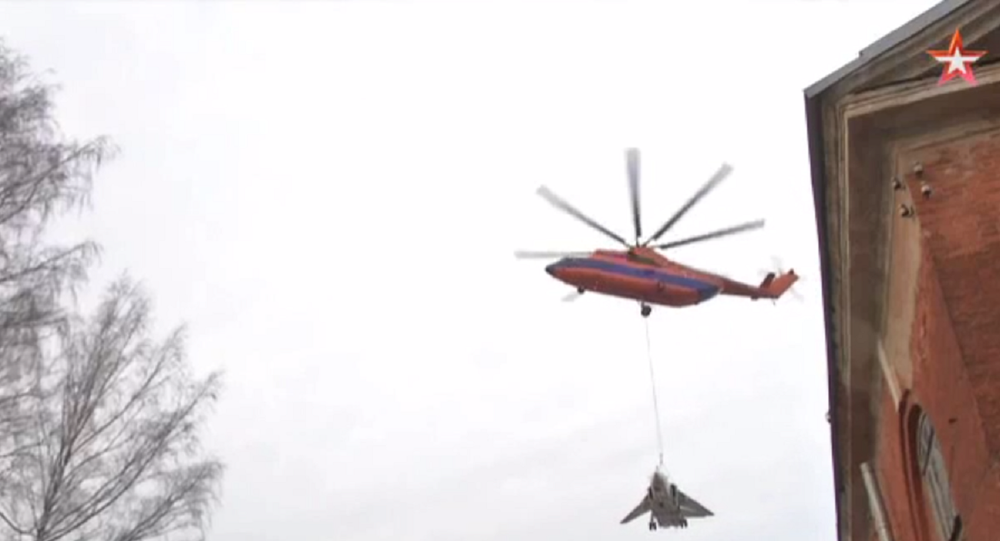 Hauling around heavy planes seems to have become a hobby for the Mil Mi-26 heavy transport helicopter, with the chopper spotted carrying a heavy jet fighter around the environs of St. Petersburg for the second time this week.

Russia's Zvezda TV channel has released impressive footage of the final approach of a Mi-26 as it carried a 22.3 tonne Su-24 fighter about 60 km from an airfield in Pushkin to Kronstadt in Russia's Leningrad region.

The Mi-26 carried out the mission as part of a series of tests to find out the optimal speed for transporting non-standard goods. Earlier this week, Zvezda released footage of the Mi-26 carrying a 15 tonne Su-27 fighter.

The Mi-26 is the largest mass-produced helicopter ever built, and is capable of taking on some 20 tonnes of cargo either inside the fuselage or via an external sling. Used by both military and civilian operators, the chopper has previously been seen carrying heavy vehicles, electrical towers, woolly mammoths and even other transport helicopters.