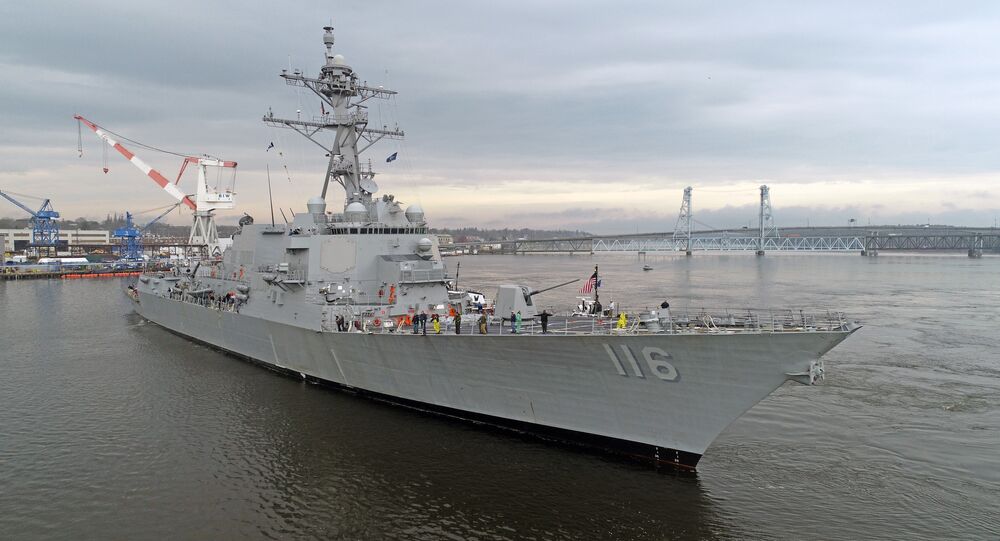 Moscow and Washington's European allies have urged the US not to withdraw from the Intermediate-Range Nuclear Forces Treaty, saying it could draw entire regions of the world into an arms race and compromise European security.

The US Navy commissioned the USS Thomas Hudner guided-missile destroyer in Boston on Saturday, with the vessel becoming the 66th Arleigh Burke-class destroyer deployed, and the first to contain elements of the planned next generation upgrade of the warship.

The $663 million destroyer, named after a US Navy pilot who received a Medal of Honor in the Korean War, is equipped with powerful Aegis radar systems, and can carry up to 96 Tomahawk cruise missiles with a range 2,500 km onboard. Aegis missile defence missiles, which can be deployed alongside or in place of the Tomahawks, are said to be capable of intercepting ballistic missiles during their terminal descent phase, with this ship-based system serving as a key component of the Pentagon's ambitious global ballistic missile defence plans.

The US reportedly retired its nuclear-capable land attack Tomahawks in the early 2010s. However, earlier this year, it was reported that the Navy was mulling reintroducing a nuclear-tipped cruise missile with a yield of 200 kilotons sometime in the near future.

In October, President Donald Trump voiced his intention to withdraw the United States from the Intermediate-Range Nuclear Forces Treaty, which prohibits the US and Russia from fielding ground-based nuclear ballistic and cruise missiles in the 500-5,500 km range after accusing Russia of violating the treaty's conditions. Russia has denied the allegations, and pointed to obvious examples of US violations of the INF, including the US deployment of its dual-use missile defence shield in Romania and Poland.

Last month, Sputnik reported on successful US Navy testing of a Standard Missile-3 (SM-3) missile interceptor launched by Arleigh Burke-class destroyer USS John Finn, with the SM-3 capable of both sea and land-based launch and therefore constituting a direct violation of the INF.