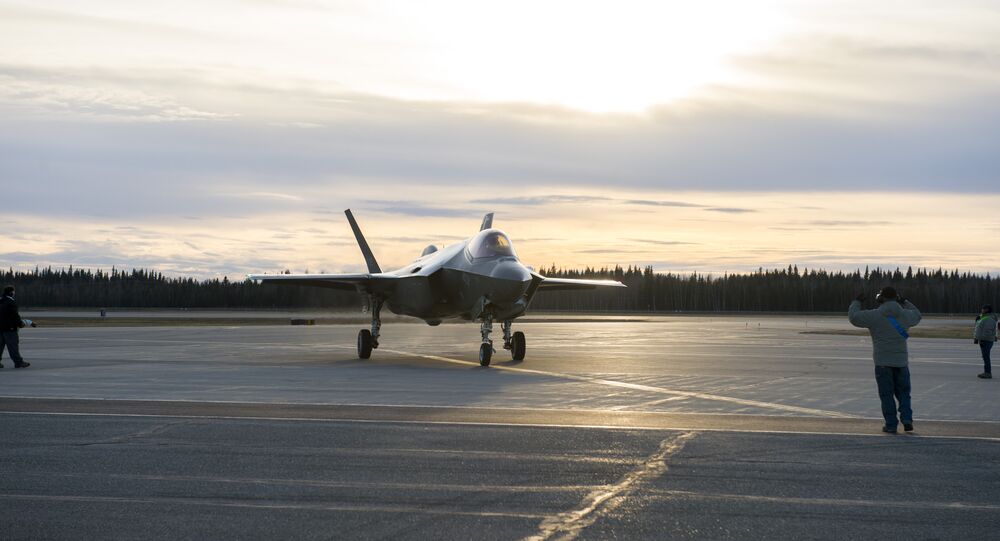 After several years without a functional aircraft carrier, Britain introduced the HMS Queen Elizabeth to the Royal Navy in December 2017 and the HMS Prince of Wales is expected in 2020; the UK is in the process of acquiring 48 US F-35B naval jets for their flight decks. However, the Royal Air Force is interested in growing its own fleet.

Two sources close to the Royal Navy have said that senior Royal Air Force officers are privately pushing for the UK to purchase F-35A Lockheed Martin supersonic jets, which are incapable of taking off from aircraft carriers, rather than some of the 48 F-35 Lightning II jets it has ordered that can operate from ships at sea, Sky News reported.

The sources said that any cut from the order for next generation F-35B aircraft, which will be able to take off and land on the HMS Queen Elizabeth and HMS Prince of Wales, would be a huge mistake, as it would redistribute the planes the £3bn carriers will be equipped to carry in the coming years.

“This will completely undermine … the whole carrier programme,” one source told Sky News, adding that “there is no operational reason whatsoever for the RAF to have the A [land-based] variant [of the F-35]. If it can't fly from an aircraft carrier it shouldn't be purchased.”

The source outlined that the Royal Navy officials are in fury over the wish of Royal Air Force to put “its self-serving agenda above what is best for the nation”, calling the whole situation “an absolute disgrace” which “should not be allowed to happen”.

© AP Photo / Northrop Grumman
In US' Footsteps: Britain Grounds Entire F-35 Fighter Jet Fleet
The UK Ministry of Defence told Sky News that its policy for the first 48 F-35 jets remained unchanged. More than a third of the warplanes have already been delivered, and the rest are expected to be delivered and operational by 2025. Overall the UK plans to purchase a total of 138 of the Lockheed Martin aircraft, without stating which variant, over the lifetime of the US-led programme, Sky News reported.

However, the sources told Sky News that a final decision on the last batch of 13 jets out of the first 48 does not formally have to be made until the end of next year, adding that the decision to switch to the land-variant F-35A warplanes would enrage the US, who had helped the UK rebuild its ability to launch such warships after the UK armed forces were forced to put carrier-operations on hold in 2010 to save money.

“If the British turn up to an operational theatre without combat aircraft it will completely undermine their military capability. To the US this is a really big deal. If the RAF go for the A variant at the expense of the carriers, which is effectively what they are saying, this will be perceived by the US as a major betrayal,” the source said, cited by Sky News.

Senior officers in the RAF are understood to be keen for a mix of carrier-capable and land-based F-35s among whatever number is ultimately purchased. They note that the A-model, which costs less than its £90 mln carrier-equipped twin, can fly further and carry more weapons. However, senior experts from the UK's Defence Analysis journal noted that under current circumstances the UK cannot afford two different F-35 fleets.

The sources also outlined that RAF officers want to buy land-based F-35s among whatever number is ultimately purchased because they do not want to have their future tied to operating aircraft from the sea.