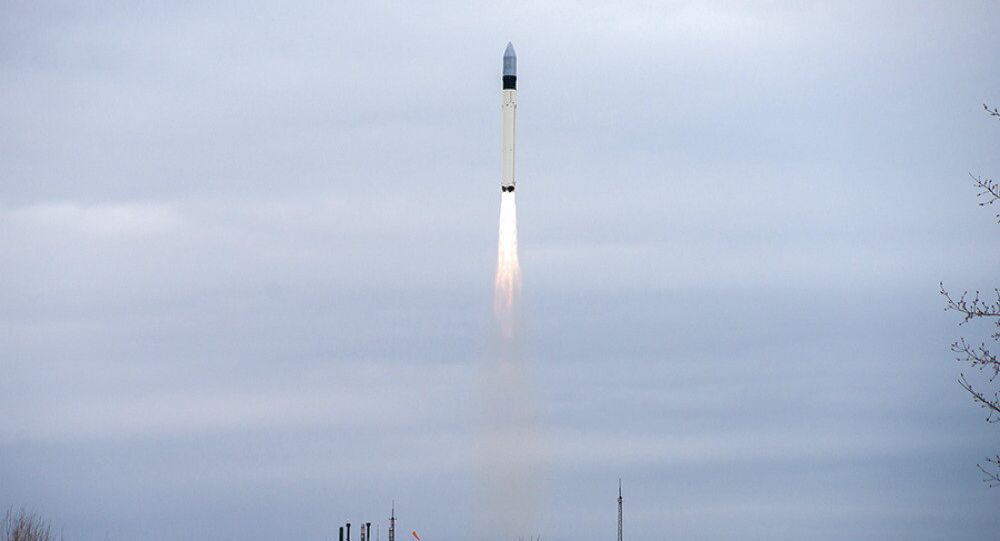 "The light-class carrier rocket Rokot, which lifted off from the state cosmodrome Plesetsk in Arkhangelsk Region today on November 30, at 05:27 a.m. Moscow time [02:27 GMT], successfully brought three satellites to the desired orbit for the Russian Defense Ministry," the press service said in a statement.

© Photo : spacecorp.ru
Russia to Deploy Glonass-Type Satellites in Lunar Orbit by 2040
The upper stage and the cluster of satellites separated at 05:33 a.m. Moscow time.

Earlier, the press service of the Russian Defense Ministry said that the Russian Rokot launch vehicle, carrying a cluster of military satellites lifted off from the Plesetsk Cosmodrome.

"On Friday, November 30, at 05:27 Moscow time [03:27 GMT], a combat unit of the space branch of the Russian Aerospace Forces successfully carried out the launch of the Rokot light carrier rocket, carrying a cluster of spacecraft in the interests of the Russian Defense Ministry, from the launchpad 3 of platform 133 of the state cosmodrome Plesetsk in the Arkhangelsk Region," the press service said in a statement.

The rocket lifted off from Plesetsk for the first time in 2000. Since then, 29 launches of the rocked have brought to space over 70 spacecraft.