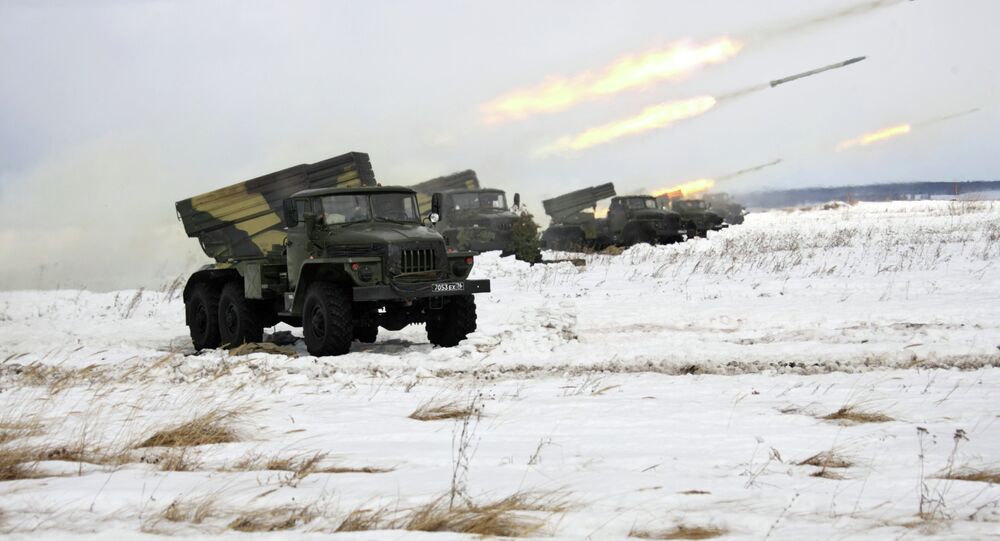 MOSCOW (Sputnik) - Most of foreign 122-mm multiple-launch rocket systems (MLRS) are made with the use of Russian technologies, a senior official from the Russian Rostec State Corporation told Sputnik.

"The current MLRS market is growing, especially in the 122-mm caliber category, where foreign firms offer a wide-range of multiple rocket launchers. Most of them are made on the basis of our developments, while some components have been copied directly," Alexander Smirnov, the managing director of NPO Splav (part of the Techmash concern, a subsidiary of Rostec) said.

“Of course, we are faced with such problems, but this does not involve, in general, the rockets, as they are very reliable and do not need constant maintenance. It's, basically, concerning the operation of launchers,” Smirnov stressed.

Previously, Rostec has stated that the idea to produce copies of the NSV heavy machine gun in the United States without a relevant request to the Russian state arms exporter Rosoboronexport would be a "theft."