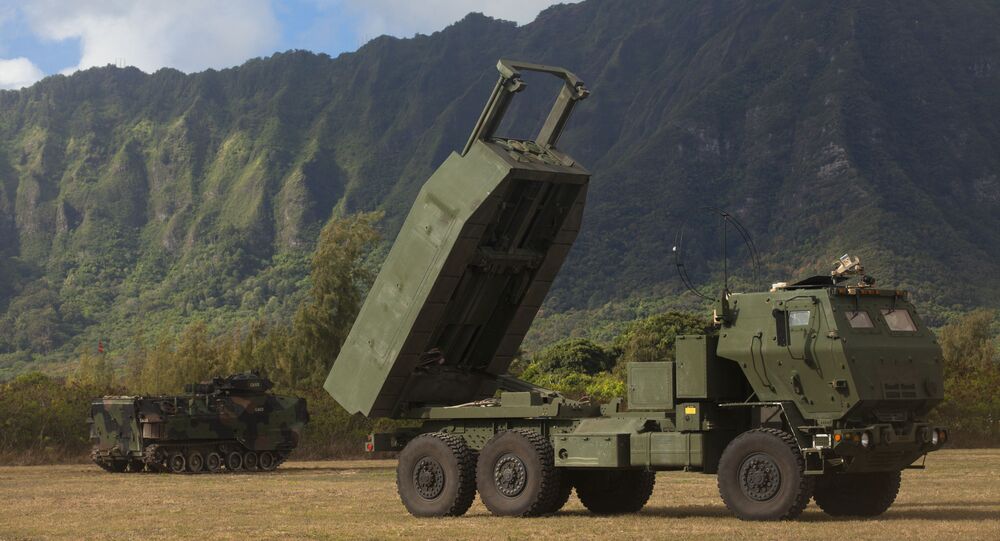 WASHINGTON (Sputnik) - The US State Department has approved the possible sale of 20 High Mobility Artillery Rocket System Launchers and related equipment worth an estimated $655 million to Poland, the Defense Security Cooperation Agency said in a press release.

"The State Department has made a determination approving a possible Foreign Military Sale to Poland of (20) High Mobility Artillery Rocket System (HIMARS) M142 Launchers, and other related equipment for an estimated cost of $655 million," the release said on Thursday.

The release said Poland plans to use the equipment to modernize its armed forces and strengthen its defence capabilities against regional threats. The equipment will also help Poland's interoperability with the United States and other allies.

© REUTERS / Agencja Gazata/Cezary Aszkielowicz
Poland Signs Deal for US LNG Delivery Amid Efforts to Reduce Dependence on Russia
The principal contractor for the deal is Lockheed Martin, the release added.

Previously, Polish President Andrzej Duda suggested building a "Fort Trump" military base at its own expense. The estimated cost of the base approaches some $2 billion. Also, Poland's Defence Minister Mariusz Blaszczak said that the decision to build a military base for a future deployment of US troops in the country was final.

Earlier, media reported, citing sources that the United States is not eager to set up a military base in Poland, but its military presence in the European country is still very likely to grow.