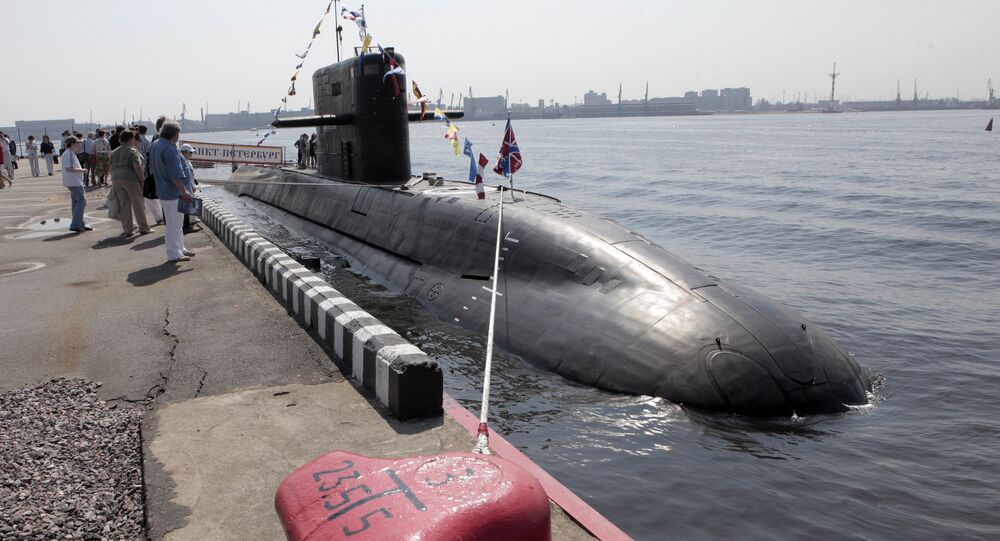 India and Russia are exploring newer avenues for defence cooperation. In this connection, Chief of the Indian Navy Admiral Sunil Lanba is currently on a four-day visit of Russia starting Monday. On the first day of his visit, Lanba is holding bilateral discussions with his counterpart, Admiral Vladimir Korolev, commander-in-chief of the Russian Federation Navy (RuFN).

The Indian Navy's statement indicates that the two countries remain undeterred by US sanctions under the Countering America's Adversaries Through Sanctions Act (CAATSA) and is likely to soon clear pending deals in the maritime domain.

© Photo : Bharat Rakshak
India's Nuclear Triad Complete With Domestically Built Submarine's First Patrol
Earlier this year on July 6, Sputnik reported that India and Russia had started discussions on joint construction and development of a nuclear submarine at a very cost effective rate at an Indian shipyard. Going by the proposal, the two countries intend to develop a prototype for under $200 million following which the Russian firm would transfer the technical know-how and related documents to the Indian shipyard.

Only last week, India and Russia concluded a $1.5 billion guided missile frigate deal under which two 3,620-ton Admiral Grigorovich-class vessels will be purchased off the shelf by India while two other frigates will be built at a state-owned shipyard in Goa, southern India. India has so far leased two nuclear-propelled submarines from Russia, including the Chakra, which is currently in service.

Admiral Lanba will also visit the Military Academy of the General Staff of the Armed Forces of the Russian Federation and will deliver a talk on the "Indian Navy's Perspective on Maritime Security." He will also lay a wreath at Piskarev Memorial Cemetery in memory of the victims of the Siege of Leningrad.