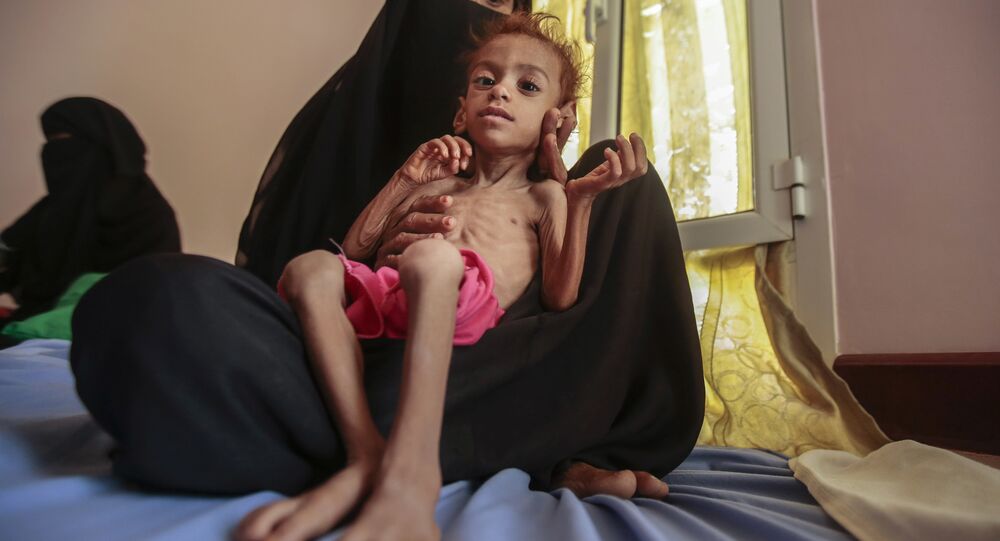 The US continues to sell cutting-edge weapons to Saudi Arabia in the wake of the murder of journalist Jamal Khashoggi and an ever-deepening humanitarian crisis in Yemen, even as Germany is now joined by Finland and Denmark in urging European Union member states to halt military transactions with Riyadh.

© REUTERS / Wolfgang Rattay
Berlin Bans 18 Saudis From Schengen Zone, Halts Arms Exports Amid Khashoggi Case
Global blowback in the wake the Saudi consulate murder and botched cover-up of Washington Post columnist Khashoggi has seen repercussions for the kingdom in the form of the cutoff of weapons sales from several of its most important suppliers, according to Usatoday.com.

Denmark and Finland joined Germany on Thursday in halting all future weapons sales to the Saudi government. Copenhagen and Berlin cited Khashoggi's murder as the reason, while Helsinki noted the ongoing humanitarian crisis in Yemen — at the hands of a Saudi-led military coalition — as the cause, according to the Washington Post.

Although the administration of US President Donald Trump continues to stand by Riyadh, other nations are increasingly taking steps to block arms sales to the kingdom, both over Khashoggi's murder and Riyadh's war in Yemen.

The United Nations has stated that the kingdom's war in Yemen has killed over 10,000 non-combatants, including thousands of children, and has placed millions in the poorest nation in the Middle East on the brink of starvation and at the risk of widespread disease, including a cholera outbreak.

Denmark Foreign Minister Anders Samuelsen, during a Thursday television interview, labeled the government of the house of Saud "destructive in many fields," pointing out that Copenhagen would halt weapons sales to Riyadh following "the continued worsening of the already terrible situation in Yemen and the murder of Saudi journalist Jamal Khashoggi," cited by Apnews.com.

The Denmark FM stated that he hoped "the Danish decision can create further momentum and get more European Union countries to support tight implementation of the EU's regulatory framework in this area," cited by the Associated Press.

On the same day, the Finnish Foreign Ministry — specifically citing the humanitarian crisis in Yemen — announced that the nation would no longer offer permits for export licenses to sell weapons to the current Saudi government, according to NBC News.

"The government discussed arms export matters and decided that in the current situation there are no foundations for new arms export authorizations to Saudi Arabia or the United Arab Emirates," noted Finland's Foreign Ministry in a statement cited earlier by Sputnik News.

"In its deliberations, the government laid stress on the alarming humanitarian situation in Yemen, in particular," added Copenhagen.

The two countries made their announcements after Germany urged other European Union nations to halt arms exports to Saudi Arabia, according to Reuters.

"Only if all European countries are in agreement, it will make an impression on the government in Riyadh," Altmaier said, adding, "It will not have any positive consequences if we halt arms exports but other countries at the same time fill the gap," cited by Reuters.