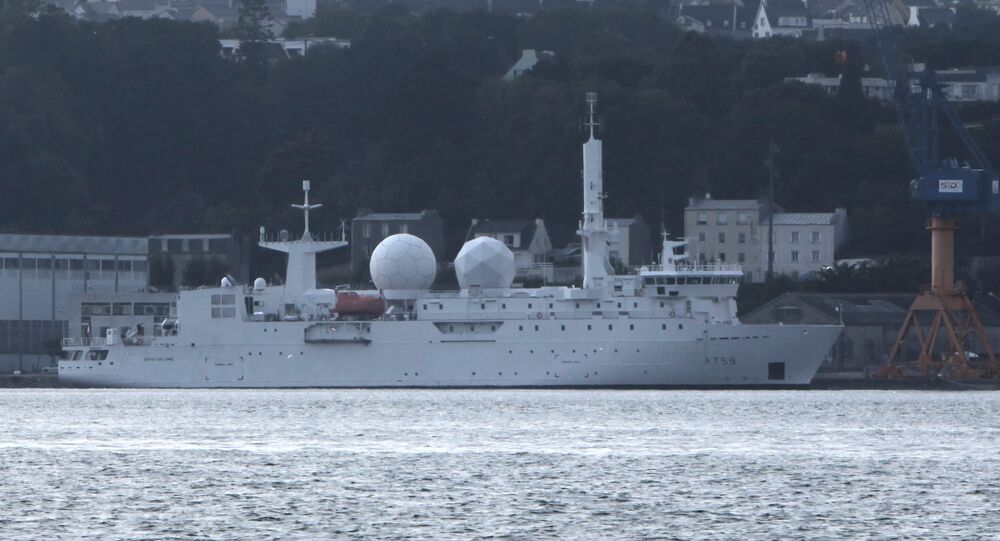 Dupuy de Lome, a French signal intelligence (SIGINT) ship designed to conduct electronic surveillance and intelligence collection, has entered the Eastern Mediterranean and is headed toward Syria, according to ship-tracking websites.

The ship, equipped with a wide assortment of antennae and communications equipment, is accompanied by a Lafayette-class general-purpose frigate.

According to open sources, Dupuy de Lome — weighing some 3600 tons and 334 feet long — is used for signals intelligence by the Directorate of Military Intelligence of France (DRM).

Launched in 2004, little is known about the ship. Open sources suggest that installed equipment includes various radio-intelligence systems, a radar/radiation warning system, satellite communications systems and two navigational radar locators. The ship's hardware allows for the discovery, pinpointing and analyzation of various radar systems radiation, as well as the ability to intercept, pinpoint and eavesdrop on communication systems, including low Earth orbit satellites.

In 2014, during the Ukrainian crisis, the ship entered the Black Sea several times. Since the Montreux Convention, non-Black Sea states' military ships may not stay in the maritime region for more than 21 days.