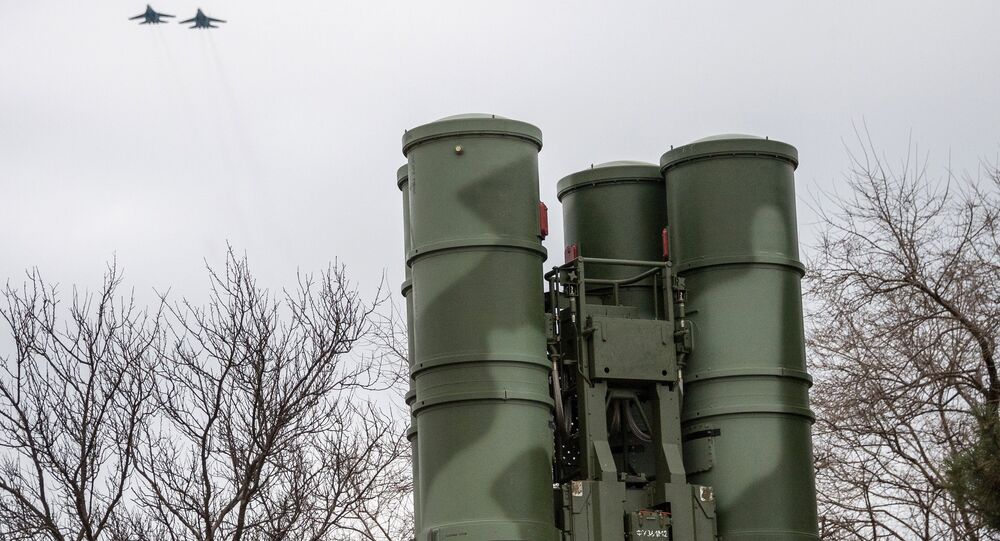 WASHINGTON (Sputnik) - Russia’s S-300 air defense systems in Syria have no impact on the United States’ operations in the country, US Department of Defense spokesman Eric Pahon told Sputnik.

"Not on our operations," Pahon said on Monday refereeing to the impact of Russia’s S-300 air defense systems in Syria. Pahon cautioned that adding more weapons systems in Syria could only endanger multiple militaries operating in the area and cause potential danger to civilian aircraft transiting the area.

© Sputnik / Pavel Lisitsyn
Israel is Capable of Taking Out S-300 and S-400, But Won't Do This – Publicist
"Any additional arms [sent] into Syria only serves to escalate the situation at this point," Pahon said. "We need to be having diplomatic discussions to end the conflict in eastern Syria, and we need to be supporting the Geneva-led process to come to a resolution of that conflict. By adding more armaments and more systems, that only complicates the situation at this point."

Pahon reiterated that the mission of the United States in Syria remains unchanged. "We remain focused on the defeat of ISIS [Daesh]," Pahon said.

On October 2, Russia finished delivering S-300 systems to Syria in an attempt to increase the safety of Russian troops deployed there. The move was announced after a Russian Il-20 military plane was downed on September 17 by a missile launched by a Syrian S-200 air defense system targeting Israeli F-16 jets that were carrying out airstrikes in Latakia.

READ MORE: Israel Allegedly Trained to Take Out S-300 During Drills With Greece

The Russian Defense Ministry has blamed the crash on the Israeli Air Force, claiming that the Israeli jets used the Russian aircraft as a shield against Syrian air defense systems. Israel has voiced concerns over Russia's decision to supply Syria with S-300 systems, saying that Damascus would be able to control Israeli airspace.

However, Eric Pahon told Sputnik told Sputnik that the Pentagon is working with Congress to help find alternatives to Russia's S-400 air defense systems for Turkey

"We’ve got ongoing diplomatic discussions on that," Pahon said. "We turned in our congressionally mandated report on the relationship with Turkey last Friday, November 9, to Congress. As part of the report, I mean it was only encompassing look at our relationship with Turkey, goods, bads and everything. We are in diplomatic discussions with Turkey to look for viable alternatives to the S-400. So, we are helping them to find alternatives along with Congress to the S-400 purchase. We are continuing to work with Turkey, continuing to work with Congress to try to find the alternatives."

On October 25, Akara said that Turkey would begin the deployment of the S-400s in October 2019. Russian Deputy Prime Minister Yury Borisov clarified on Wednesday that the contract allows Ankara to exercise the right of option after the main deliveries under the deal have been made.

READ MORE: US May Still Slap Turkey With Sanctions Over S-400 'Threat' to F-35 — Reports

S-400 is the next-generation mobile missile system which can carry three different types of missiles capable of destroying a variety of aerial targets at a short-to-extremely-long range, from reconnaissance aircraft to ballistic missiles.