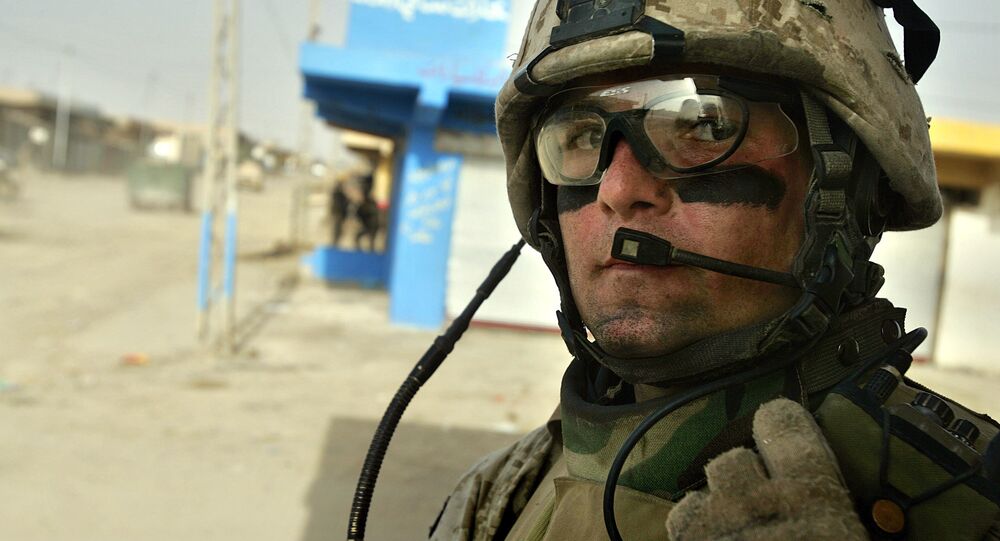 In the aftermath of the deadly 9/11 terrorist attacks, the US has spent over $5.9 trillion on wars abroad that have resulted in the deaths of an estimated 500,000 people, according to Costs of War, research published by the Watson Institute for International and Public Affairs at Rhode Island’s Brown University.

© REUTERS / Omar Sobhani
‘Worse Than Ever’: Afghanistan Sees Bloodiest Election Season Ever
The report, published this month, reveals that some 370,000 people have died directly from violence related to US wars, while many more have died from malnutrition and devastated infrastructure. An estimated 250,000 civilians have died in American-led wars and over 10.1 million people have been displaced.

These numbers do not take into account the more than a half million deaths caused by the war in Syria after the US government and other powers tried to topple Syrian President Bashar Al-Assad's government in 2011.

The US-led coalition of more than 70 nations have been conducting military operations against the Daesh terrorist group in Syria and Iraq since September 2014. The US coalition's deadly activities in Syria are not authorized by the Syrian government or the UN Security Council.

The report also found that the cost of US-led wars in Iraq, Afghanistan, Pakistan and Syria has cost the nation around $5.9 trillion.

That is not a typo. It's $5.9 trillion that the United States has spent to prosecute multiple wars around the globe since 2001.

According to the report, this number differs widely from Pentagon cost estimates for all the US-led wars following 9/11 "because it includes not only war appropriations made to the Department of Defense — spending in the war zones of Iraq, Syria, Afghanistan, Pakistan, and in other places the government designates as sites of ‘overseas contingency operations,' — but also includes spending across the federal government that is a consequence of these wars," cited by the Brown University report.

In March 2018, the US Department of Defense claimed that it had only spent $1.5 trillion on "war-related" expenses since 9/11.

In addition, the current post-9/11 US-led wars were paid for almost exclusively by borrowing, which both increased the national debt and the US budget deficit, according to the report.

"Unless the US immediately repays the money borrowed for war, there will also be future interest payments. We estimate that interest payments could total over $7.9 trillion by 2053," the report warns.

"There is no strategy for ending the wars," political science professor Neta Crawford writes in the report.

"The fact that the US keeps spending huge sums for wars that, at least in Afghanistan, are in a stalemate, and in Iraq and Syria, are unresolved, is a long-term budgetary problem which will affect future generations," she noted.

Pentagon Report Questions US' Own Legal Justification for Staying in Syria