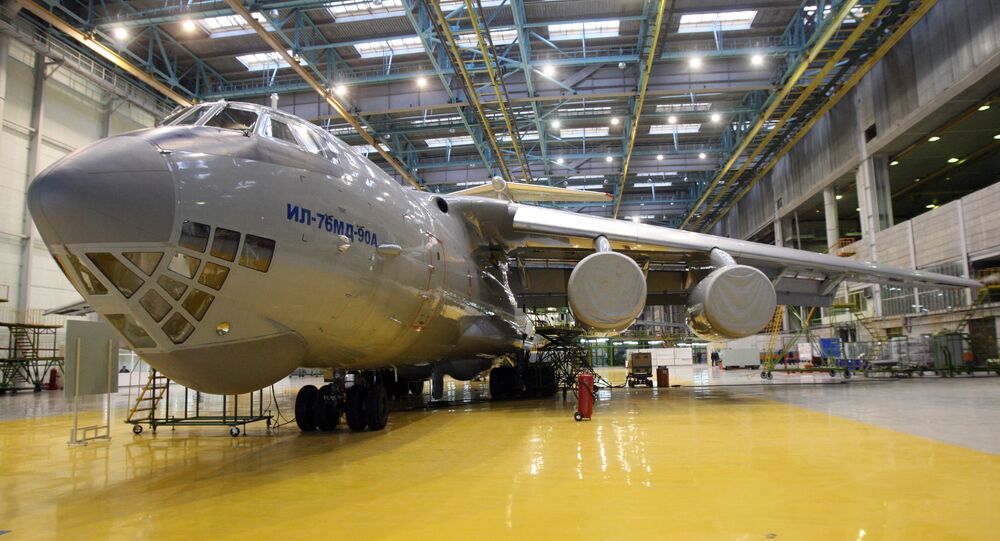 “The preliminary design of the Il-276 plane is expected to be completed by the Ilyushin specialists in 2019. The list of subcontractors in the development work has already been approved,” Ilyushin said.

© Sputnik / Nikolay Hiznyak
Russian Military Approves Technical Specifications for Il-276 Transport Plane
According to the company, the development of the plane is carried out simultaneously with two types of engines — the first batch of the aircraft will be equipped with the PS-90A-76 engines, while the later ones — with the upgraded PD-14 engines.

"On-board radio-electronic equipment will allow the plane to fly in any weather conditions, day and night, in all climatic zones," the company stressed.

The Il-276 is a prospective two-engine medium-lift military transport aircraft, providing transportation of cargoes weighing up to 20 metric tons at a speed of up to 800 kilometres (about 500 miles) per hour.

The plane is expected to make its maiden flight in 2023, while first deliveries to the Russian armed forces are planned for 2026.