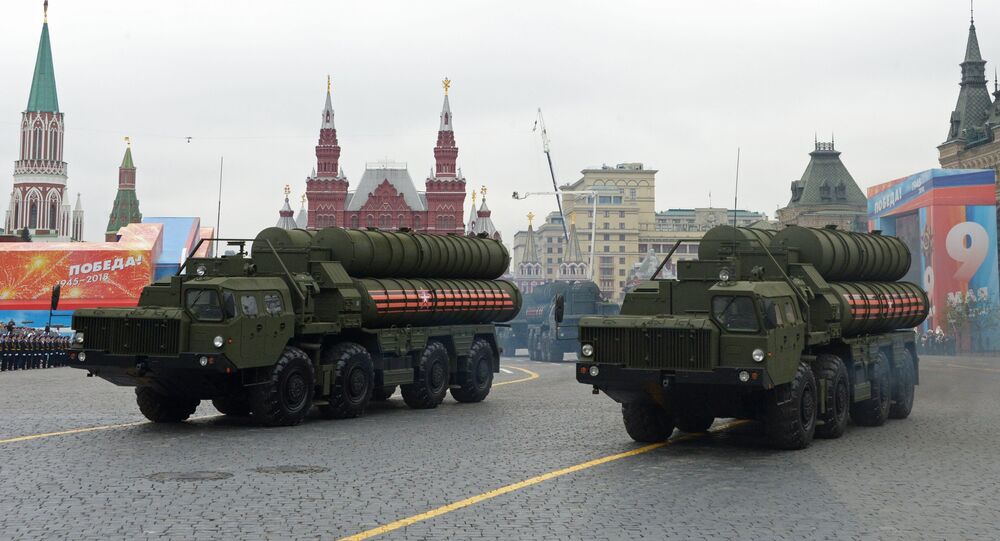 Turkish officials have repeatedly insisted that Ankara's purchase of the advanced Russian air defense system poses no threat whatsoever to the NATO alliance. Last month, the Turkish defense ministry announced that delivery of S-400s to Turkey would begin in October 2019.

The United States continues to consider the S-400 air defense system a threat to its F-35 fifth generation stealth fighter platform, and may impose sanctions against Ankara, Turkey's Anadolu news agency has reported, citing a high-ranking source in Washington.

"I can't say for certain whether sanctions will be imposed on Ankara over the S-400 contract, but the possibility is there. The US administration is not optimistic about this issue," the source said.

© Sputnik / Alexey Malgavko
India Confident US Will Grant Waivers on S-400 Deal with Russia – Reports
While admitting that Turkey was a sovereign state and therefore had the right to make decisions on whom it buys its weapons from, the source stressed that from the perspective of these weapons' integration with NATO systems, the S-400 was "problematic."

The source also characterised the deployment of S-400s in areas where US F-35 fifth-generation stealth fighters are set to fly as "a threat," without elaborating.

© Sputnik / Vladimir Astapkovich
Su-57 Head Developer Explains Why Russian Stealth Jet is Better Than F-22, F-35
Designed to stop enemy aircraft, cruise and ballistic missiles at ranges of up to 400 km and altitudes of up to 30 km, the S-400 is currently the most advanced mobile air defense system in Russia's arsenal. Russia and India signed a ruble-denominated contract on the delivery of five regiments of S-400s worth $5 billion late last month. Last week, the Saudi Ambassador to Russia said that talks on the sale of the system to his country were ongoing. In addition to Russia, S-400s are presently operated by Belarus and China, with Beijing expecting another delivery of S-400s by 2020.

Washington has already slapped China with sanctions over its purchase of S-400s and Su-35 combat aircraft in September. India, however, has voiced confidence that it would not be hit with similar restrictions, which the US Treasury has pursued under the 2017 Counter America's Adversaries Through Sanctions Act (CAATSA).