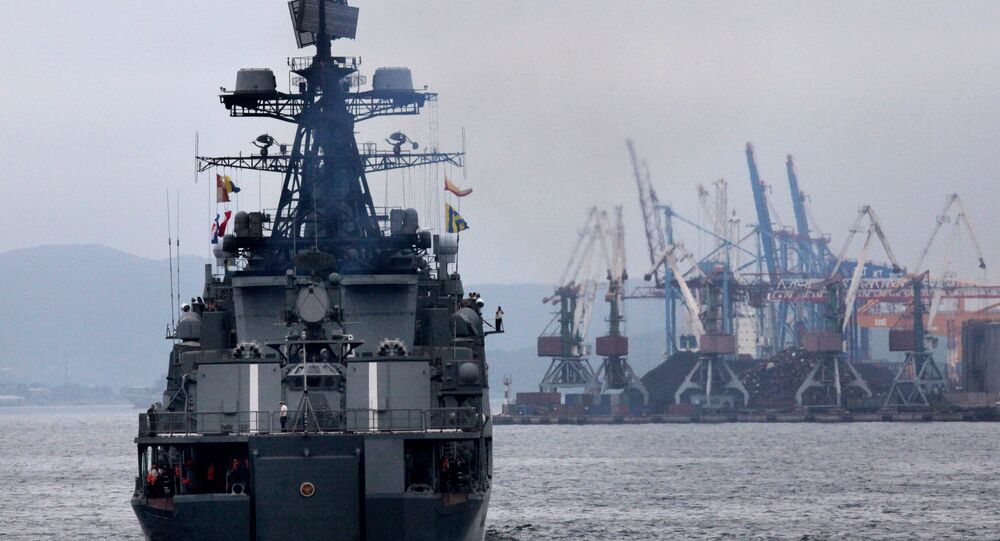 "Today, the Russian-Japanese anti-piracy naval exercises have begun in the Gulf of Aden," Serga said.

The exercises are aimed at increasing cooperation between the Russian and Japanese warships in the fight against piracy and terrorism, he added.

Russia's Severomorsk ship and the Japanese destroyer Ikazuchi are participating in the drills.

The Russian-Japanese relations have long been hampered by the fact that the two nations never signed a permanent peace treaty after the end of World War II.

© AFP 2020 / JAPAN POOL / JIJI PRESS
India, Japan Resume Submarine-Hunting Drill After Five Years
The deal was never reached because of a disagreement over a group of four islands — Iturup, Kunashir, Shikotan and Habomai — that are claimed by both countries. They are collectively referred to as the Southern Kurils by Russia and the Northern Territories by Japan.