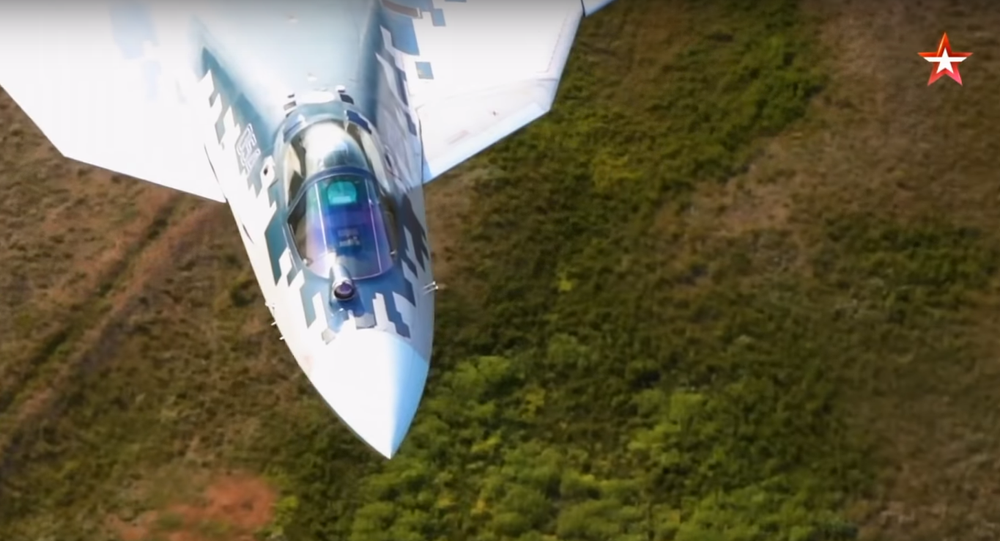 The Russian network which recently aired unique footage of a Su-57 flying so close to a turboprop An-12 that the film crew could see into the jet pilot's eyes has done it again, this time showing off the planes' performance as they flew closer and closer to the ground.

The new video, released by Zvezda, the official TV channel of the Russian defense ministry, shows the planes flying behind the An-12, easily coping with the cargo plane's tailwind as it descends, first to 400 meters, then to 300 meters, before flying under it.

Breaking off, the planes can then be seen approaching the Astrakhan airfield where testing took place, dropping to within about five meters of the landing strip before accelerating and ascending back into the sky.

The Su-57 is Russia's most advanced air superiority fighter design. The stealth, single-seat, dual-engine, supermaneuverable plane is being equipped with cutting-edge avionics, electronics, and weapons, and has been tested in in combat against jihadist targets in Syria. The Russian military expects to receive its first production-run Su-57s in 2019, with a dozen planes on ordered and more orders expected after that.