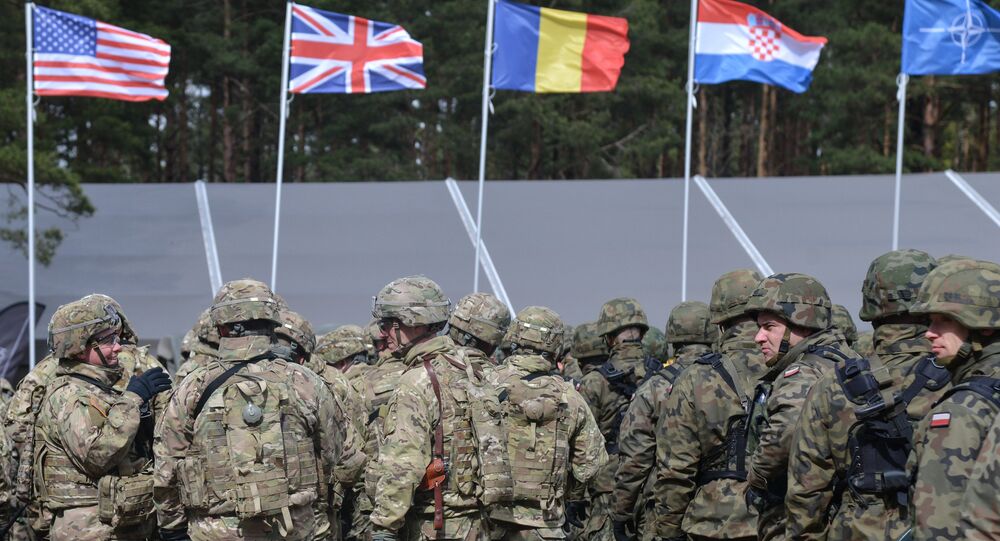 The key goal of the exercises is to integrate national and allied command structures and troops so that they could conduct a strategic defensive operation in conditions of conventional and hybrid threats. NATO troops will, in particular, work out the interaction of military bodies with civilian bodies and individual elements of NATO command structures.

© AP Photo / Mindaugas Kulbis
NATO Claims on Logistical Issues Aim to Whip Up Tension Around Moscow – Russian MPs
Anakonda is set to become the biggest military maneuvers for the Polish Armed Forces this year. The drills will approximately involve 12,500 troops on Polish territory and some extra 5,000 troops in Lithuania, Latvia, Estonia and in the Baltic Sea. About 5,000 units of military hardware, 45 warships, 150 aircraft and helicopters will be involved in the maneuvers.

The exercises will, in particular, include a crossing over the Vistula river, training of combat aviation landing on highways and an operation to liberate a captured sea vessel. Separate episodes of the exercises will be organized in urban areas, including in Bialystok, Chelm and Wielbark. During the exercises, the forced relocation of civilian population from a combat zone will be performed for the first time. Such training will be held in the city of Bialystok bordering Belarus.