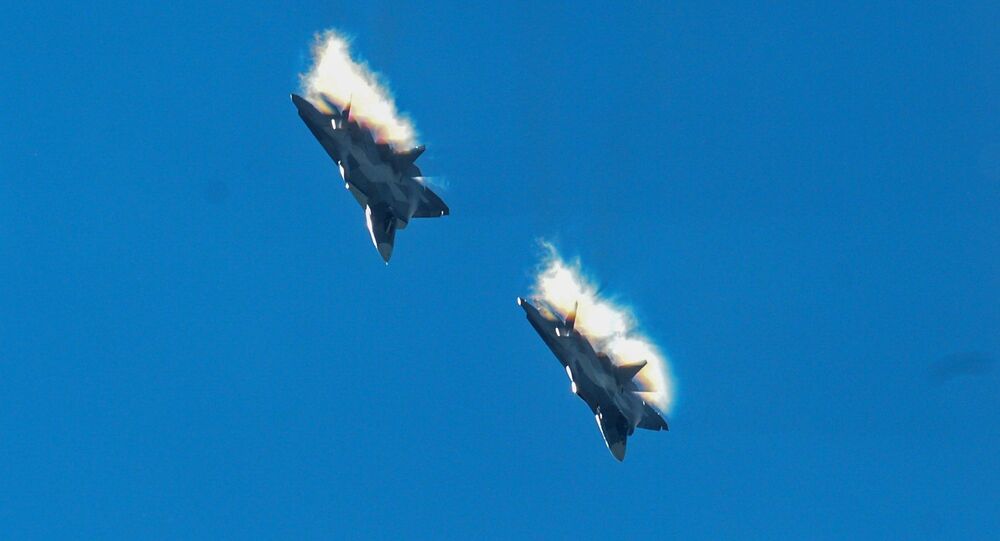 The Russian fifth-gen stealth air superiority fighter made its maiden flight in 2010, completed rigorous testing, including combat evaluation in Syria, and is expected to begin deliveries into the Russian military in 2019.

A film crew from Zvezda, the official TV network of the Russian defense ministry, has released hair-raising footage showing a Su-57 pilot approaching so close to the accompanying Antonov An-12 turboprop transport that they could see into the jet's pilot's eyes as he stared back at them.

The Su-57s in the video can be seen approaching the An-12 over the flight test center's Astrakhan range, with one of the planes slowing ascending, inching its way closer and closer before settling within to within just a few feet below the turboprop transport's open rear door.

Russia's Su-57 is Russia's most advanced fifth-generation air superiority fighter design. The single-seat, twin-engine stealth aircraft is being fitted with a variety of cutting-edge electronics, avionics and weapons systems, and has already received an interest from possible foreign buyers. Successfully tested against terrorist targets in Syria in early 2018, the jets are expected to be delivered to the Russian military starting in 2019, with 12 on order as of June 2018, with mass production expected to begin after that.