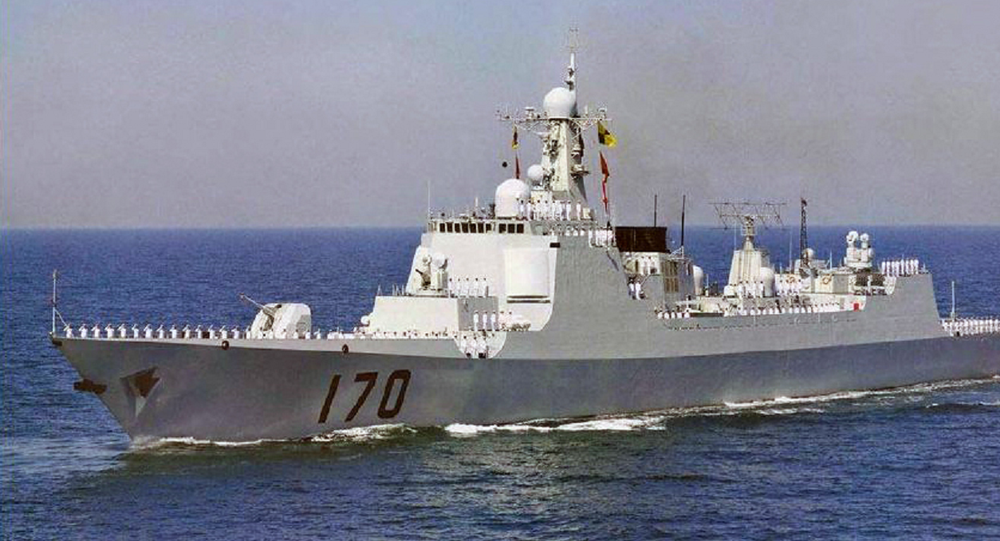 Last month, a Chinese destroyer sent a friendly greeting to a Japanese aircraft carrier during an encounter in the disputed waters of the South China Sea, a sign of “thawing” relations between Beijing and Tokyo, according to some analysts.

The friendly message was quite different than the one sent in August by China's People's Liberation Army to a US Navy P-8A Poseidon reconnaissance plane flying over the Chinese-claimed Spratly Islands, which was, "leave immediately," the South China Morning Post reported Monday.

The South China Sea is one of the world's most contested areas. Beijing's extensive territorial claims in the waters, which include islands, banks, reefs and maritime seaways, are challenged by Vietnam, Malaysia, the Philippines, Brunei and Taiwan.

US-Chinese relations took a turn for the worse in September when the US says a Chinese destroyer came close to colliding with the USS Decatur, which was conducting a "freedom of navigation operation" within 12 nautical miles of the Spratly Islands, Sputnik previously reported.

Song Zhongping, a military commentator for Hong Kong's Phoenix Television, told the South China Morning Post Monday that the cordial encounter between Beijing and Tokyo last month "implies the overall warming in Sino-Japanese relations" and suggests that the "two countries' militaries could get along with each other."

"[But] the Chinese navy only sent the friendly message because the Japanese warship wasn't in a sensitive area and was not being in any way provocative," Song added.

According to Song, the frequent encounters between Chinese and Japanese warships in the contested waters also point to how closely Beijing is monitoring Japan, a US ally, in the region.

Last month, Japanese Prime Minister Shinzo Abe made the first official visit to China by a Japanese leader in seven years. Abe, along with Chinese Premier Li Keqiang, established a series of agreements that deepen economic ties between Asia's two biggest economies. The relations between the countries have been strained due in part to a territorial dispute over a group of islets in the East China Sea, known as the Senkakus in Japan and the Diaoyus in China.

The agreements between the two countries include a three-year currency swap arrangement for up to $30.4 billion.

The two countries are also planning to jointly finance infrastructure projects in other countries, according to multiple reports.

"It's very clear that the current Sino-Japanese amity is happening amid the ongoing trade row between Beijing and Washington, and Abe might be using that to create a stronger bargaining position for himself with his American big brother," naval expert Li Jie told the South China Morning Post Monday.

"The thawing bilateral relationship between China and Japan was driven by Tokyo's economic interests, not sincerity," Li noted. "Beijing understands that the [Japanese navy's] military presence is intended as a show of its geopolitical significance in the Asia-Pacific region."

Earlier this year Tokyo sent the Kaga on a two-month tour of the Indo-Pacific region, including stops in the Philippines, Indonesia, Sri Lanka, India and Singapore. In September, a Japanese submarine conducted drills in the South China Sea.