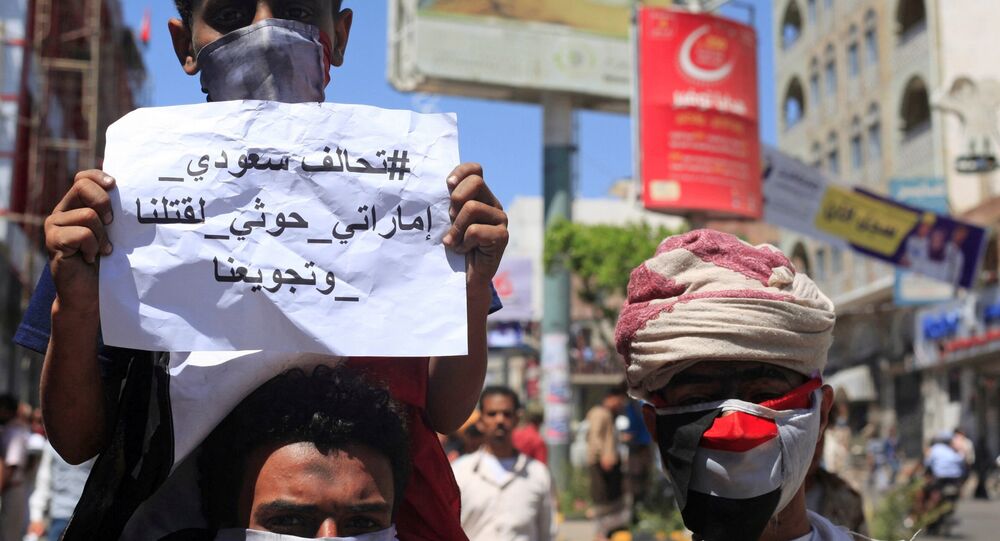 The United Nations has labeled Saudi Arabia’s ongoing three-year war against Yemen “the worst man-made humanitarian crisis of our time.”

In Yemen, rampant disease and hunger is seen as more devastating than Saudi bombs and gunfire. The poorest country in the Middle East, Yemen is now experiencing a deep famine, according to new UN data.

As detailed in the Bloomberg report, the Houthi armed political opposition faction — a Shiite Muslim tribe based primarily in the mountainous areas of northern Yemen — is in conflict with a Riyadh-backed Sunni Muslim government in exile.

The Houthi tribe seized the Yemen capital of Sanaa in 2015, forcing the Riyadh-backed regime of President Abdrabbuh Mansour Hadi to flee to Saudi Arabia.

Officials in Riyadh claim that a Houthi victory in Yemen will allow Iran an ally on the Arabian peninsula that could be a threat Saudi interests, particularly as Iran and Saudi Arabia are locked in a struggle for Middle Eastern dominance.

Although the official civilian death toll is currently estimated at 7,000, UN officials privately note that the actual number is far higher, according to calculations made by the United Nations Human Rights Council (UNHRC). Many of the attacks by Riyadh and its coalition partners on civilian activities, including medical, educational, cultural or religious sites in Yemen, may be documented as war crimes, according to UNHRC, cited by Bloomberg.

UNHRC data indicates that at least 8 million of the nation's 28 million people require emergency food assistance immediately, while humanitarian workers in the nation have identified areas in which people are eating leaves to survive, as an estimated 2.3 million people in the country have been driven from their homes and are now refugees.

As the Saudi-led coalition disrupts supplies of food and other necessary items, including medical equipment, through the use of a naval blockade on ports in the Houthi-controlled coastline, Riyadh-sponsored ships are holding vessels or diverting them to other nations.

Depreciation of the rial, the national currency, has pushed food and supply prices ever higher, while civil servants — about a quarter of the population — have received no, or very little, pay since August 2016, according to Bloomberg.

The UNHRC revealed that a cholera epidemic begun in 2017 in Yemen has killed some 2,500, after infecting at least 1.2 million.

The UNHCR investigation has declared "reasonable grounds" that the Riyadh blockade of Houthi-controlled territories in Yemen violates the ‘proportionality rule of international humanitarian law,' cited by Bloomberg.

Under the convention, a naval blockade is illegal if its negative civilian impact is greater than its purported military benefit. UNHCR investigators have observed that ship searches by Saudi-coalition forces have turned up no weapons.

In response to these allegations, Human Rights Watch called on the United Nations Security Council (UNSC) to sanction the Saudi crown prince and his defense minister, Mohammed bin Salman with travel bans and asset freezes.

The US and the UK continue to provide widespread support for Riyadh and the coalition in the form of weapons and logistical assistance, according to the Bloomberg report.