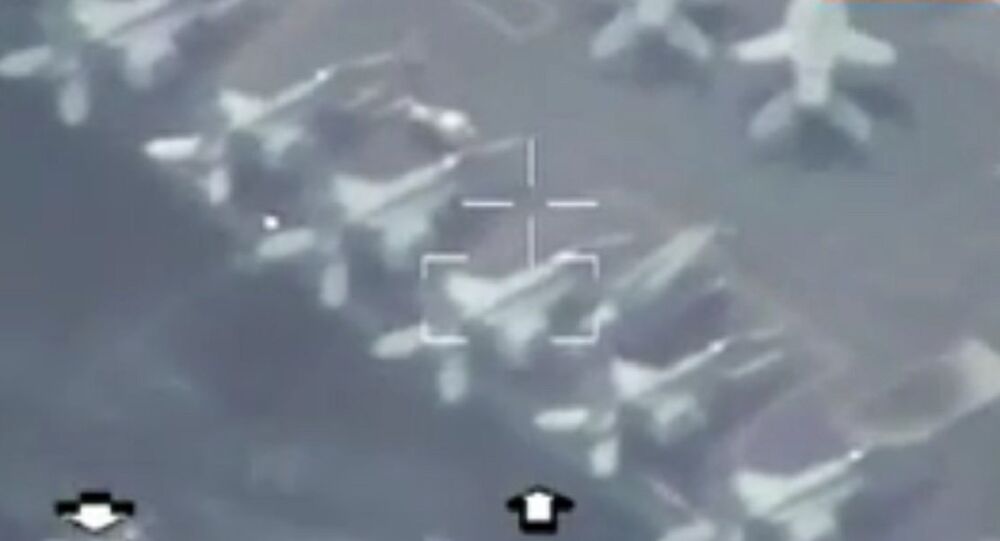 Iranian unmanned aerial vehicles flying above US Navy warships in the Persian Gulf have become a routine sight, forcing additional changes to operations in the region, US Navy and Marine commanders said this week.

"The small boats and the UAVs are definitely out there tracking us," US Navy Capt. Jack Killman said Tuesday.

According to US Naval Institute News, service officials said this week that robust Iranian drone surveillance has become part of the "normal welcome" to US Navy and Marine formations reaching the region. US Navy ship commanders respond by closely monitoring air traffic and maintaining layered defenses, said Killman.

Speaking about a deployment to the gulf in June, Killman explained that "we did go to the Persian Gulf. We got the normal welcome from the Iranians: UAV overflights, exactly as we trained for. No surprises there." Still, USNI News noted that the Iranian presence has "added a new wrinkle to operations."

Killman's craft, the USS Iwo Jima, was accompanied by a pair of Arleigh Burke-class ships when it entered the gulf in June. The guided-missile destroyers' sensors detect UAV and small boat traffic well, and their weapons systems provide layered support, he said. The difficulty has been in tracking smaller drones and figuring out if they are armed, according to the commander.

Killman said that the USS Iwo Jima has the "capability" to defend itself against drones and patrol boats, but is facing "a capacity issue." A shortage of deployed support ships operating in the vicinity of the Iwo Jima can make drone defense a more daunting task, the captain noted.

"In the Persian Gulf, the IRGC Navy and in the Sea of Oman, the naval forces of the Army are prepared to defend the waters with their intelligence dominance and monitoring of the enemy's physical presence. The enemy is using the ploy of [alleged Iranian threats] to have a presence in the region and sell arms. Their presence in the region is detrimental to security and does not bring about any security," Tangsiri said last month.