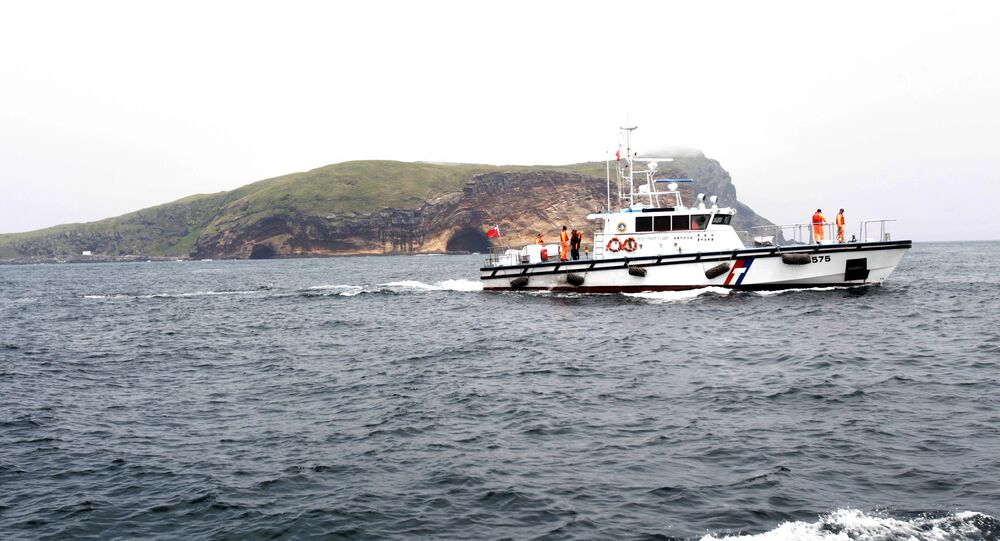 This week, Beijing expressed its “solemn concerns” to Washington after a US Navy research vessel docked in Taiwan’s port city of Kaohsiung at a time when tensions between China and the US continue to grow over trade issues and China’s expansion in the Indo-Pacific.

The Thomas G. Thompson research vessel, which is owned by the US Navy, has been docked at the Kaohsiung port for refueling and crew changes since Monday, the South China Morning Post reported. The vessel has visited the port in Taiwan four times this year for refueling, according to a Tuesday report by the Focus Taiwan News Channel. The ship's latest visit has angered Beijing, which has frequently warned Washington against establishing diplomatic and military ties with Taiwan. According to Taiwanese Defense Minister Yen De-fa, the vessel's visit is "unrelated to military activity," Taiwan's official Central News Agency reported this week.

Despite Beijing's warnings, the US Senate Armed Services Committee passed an annual defense policy bill for 2019 that includes provisions to strengthen military cooperation with Taiwan through joint drills and arms sales and by increasing the US military presence in the East China Sea.

Since taking office, US President Donald Trump has approved the sale of at least $1.4 billion worth of arms to Taipei. In March, he also signed new rules allowing senior US officials to travel to Taiwan to meet their Taiwanese counterparts and vice versa.

"The Chinese side… is expressing our solemn concerns to the US side," Lu Kang, a spokesperson for China's Foreign Ministry, said in a statement Wednesday, the South China Morning Post reported. "China objects to all governmental and military contact between the US and Taiwan," he added.

Earlier this month, Taiwan bought 18 advanced targeting pods for its F-16 aircraft as part of its deal with the US to purchase around $330 million worth of defense equipment. Beijing has called on the US to cancel the deal with Taiwan.

The arms sale was announced during the ongoing trade war between the US and China, which escalated in June when Trump slapped a 25 percent tariff on $50 billion worth of Chinese goods, with Beijing responding in kind. Trump has accused China of "unfair trade," including alleged state-led efforts to steal US technology and intellectual property as well as "discriminatory technology licensing practices." In September, Trump issued new tariffs on $200 billion in Chinese goods, prompting a tariff hike on $60 billion of American products from Beijing.

US-Chinese relations deteriorated even further last month when the US says a Chinese destroyer came close to colliding with the USS Decatur, which was conducting a "freedom of navigation operation" within 12 nautical miles of the remote Spratly Islands, claimed by China, Sputnik previously reported.

Freedom of navigation is codified in the United Nations Convention on the Law of the the Sea among articles that define the rights and responsibilities of nations regarding the use of the world's oceans and marine natural resources. The convention has been in effect since 1994 and currently has more than 165 participating parties.