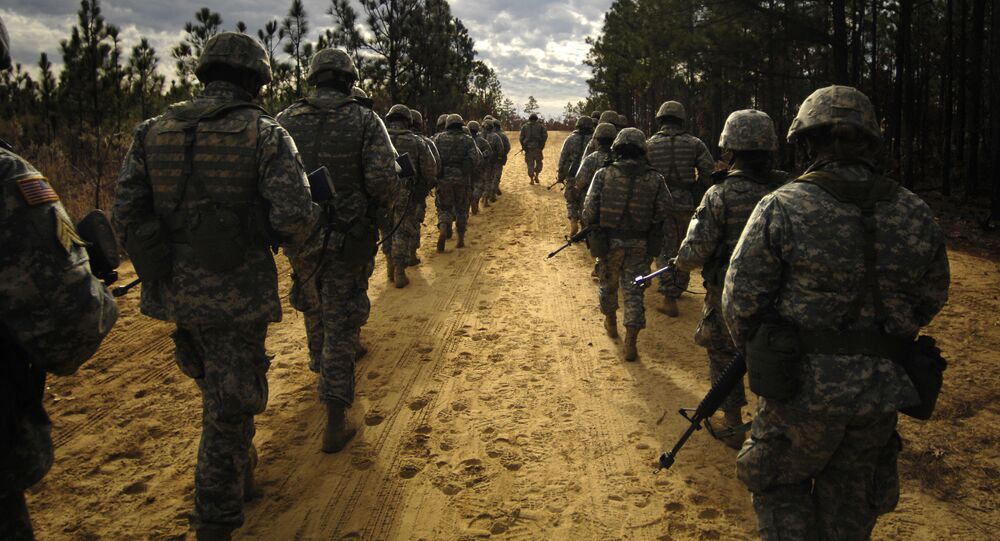 US Army Dumped Over 500 Immigrant Recruits in the Last Year, Trying to Boot More

The US Army has discharged hundreds of immigrant enlistees in the last 12 months ‒ up to 10 times the amount previously believed, an AP report has revealed. Even though the Army halted the practice amid litigation, internal emails reveal it continued to secretly press forward with trying to expel them.

Earlier this year, AP reported that about 40 foreign-born recruits, seeking to join US service branches and get a path to citizenship via the Military Accessions Vital to the National Interest (MAVNI) program, had been abruptly discharged. It was suspected that far more might soon be booted, but only when the US Army submitted its paperwork to the US District Court for the District of Columbia last month did AP learn that the number discharged between July 2017 and July 2018 was 502 service members.

The report includes reasons for their expulsion, too, with two-thirds of the discharges justified as "refused to enlist." In addition, 22 percent were told their entry-level performance and conduct were subpar, and 10 percent were discharged due to an unfavorable security screening. A host of other reasons were given for the remaining recruits, ranging from run-ins with the law to pregnancy.

However, after contacting some of the recruits, AP learned that the claims on the report were not accurate.

"I never said I refuse to enlist, not at all," said Badamsereejid Gansukh, whose fluency in the Turkish language was deemed to be a valuable military asset when he was recruited. He said he wasn't even told he'd been discharged, only finding out when he inquired about why his security screening was taking so long.

Army spokeswoman Jessica Maxwell said in a statement Wednesday that the Army and National Guard have "the authority to separate the individual and terminate the contract, whether at the applicant's request or at the government's convenience," if they haven't yet started active duty service.

The MAVNI program was begun in 2009 under former US President Barack Obama and ended in December 2016 amid security concerns about the recruits, dramatically increasing background checks on the remaining recruits in the system. The recruits purged by the Army were among the last to join the program before it closed. In that time, roughly 10,400 troops entered via the program, providing vital skills to the armed forces — most joined the Army, and most provided foreign language skills from parts of the world where the Army commonly operates.

However, internal emails obtained by the New York Times last month revealed that the Army has hired a legion of lawyers to comb through immigrant recruits' records, looking for possible crimes they may have admitted to during their security interviews or any technicalities at all that would allow the Army to discharge them despite the litigation.

"This is alarming — they are just going on a fishing expedition," Margret D. Stock, a lawyer and former Army Reserve lieutenant colonel who now represents several MAVNI recruits, told the NYT. "The Army got called on the carpet in court for doing arbitrary and irrational security screenings, and so it started looking for a new way to kick these guys out."

The Defense Department denied to the Times that their purpose was to force the recruits out, and US Air Force spokesperson Maj. Carla Gleason insisted that the reviews were routine checks and that "any inference that this was an attempt to charge or discharge MAVNI candidates would be inaccurate."

However, in late August Gleason noted that in the last five years, only 20 MAVNI recruits have "become the subjects of DoD and/or FBI counterintelligence and/or criminal investigations," Task & Purpose reported.

Still, Defense Secretary Jim Mattis defended the MAVNI program in late September to reporters, saying, "we need and want every qualified patriot willing to serve and able to serve."

Robin Engle, communications and development director with One America, told Sputnik Friday that "this is part of a by now well-established pattern of targeting immigrant communities in a variety of ways that are politically motivated."

© AP Photo / Matt York
‘An Act of Cruelty’: Hundreds of Immigrant Families Remain Separated by US

"It's another way to prevent immigrants from accessing freedoms many take for granted — the right to work, to family, to become a citizen and ultimately to exercise that right by voting. The administration has been systematically attacking each of those pillars," she said.

In a statement supplied to Spuntik by One America, executive director Rich Stolz said it was "shocking that our military is reneging on its promise to Americans who bravely sacrificed to serve our country. Rescinding the deal we made with them, that they could earn their citizenship through service, is cruel and politically motivated. It also shows that our current leadership doesn't follow the lesson most of us learned as children — that our word is our bond, and we keep our promises. This weakens our military and makes us less safe as we lose highly trained specialists, many of whom were recruited based on their specific skill set. We call for the targeting of immigrants for unjust military discharge to stop."

‘An Act of Cruelty’: Hundreds of Immigrant Families Remain Separated by US