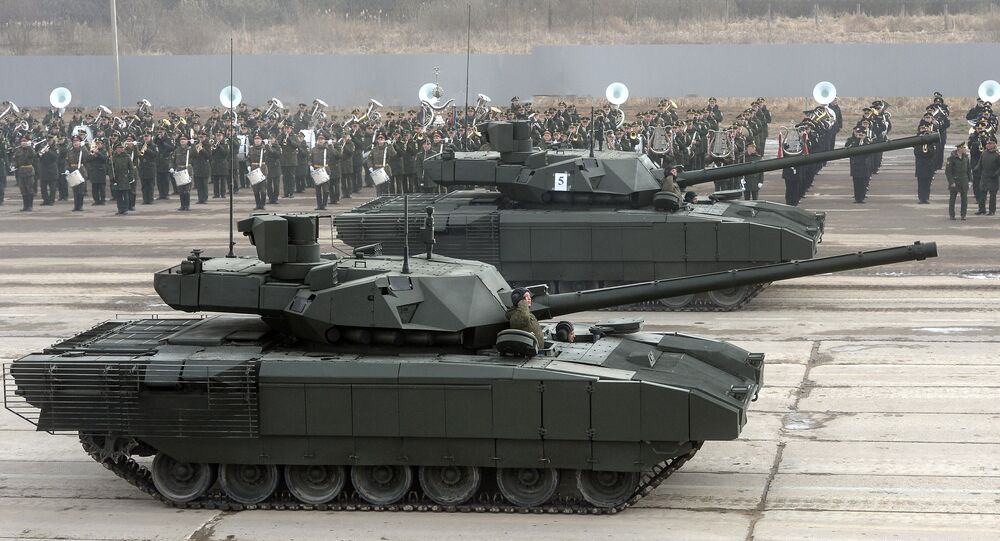 The Indian Army is looking to procure 1,770 multipurpose future ready combat vehicles (FRCV) to replace the aging force of T-72 main battle tanks (MBTs). Russia’s T-14 Armata FRCV is a key contender for the deal that is likely to have a price tag of over $4.5 billion.

Indian Army Chief General Bipin Rawat started his six-day visit to Russia on Monday in what is being seen as an attempt to lend impetus to the bilateral strategic partnership.

The visit coincides with a bilateral annual summit scheduled for October 5 in New Delhi during which defense deals worth over $10 billion are likely to be signed.

© Sputnik / Alexei Malgavko
Defense Deals Worth $10Bln on the Cards During India-Russia Annual Summit
The Indian military delegation led by General Rawat is scheduled to meet the top brass of the Russian Armed Forces and visit key military formations and establishments. Russia's T-14 Armata FRCV is likely to figure in the discussions between the two militaries.

"The visit is yet another milestone in giving impetus to the strategic partnership between India and Russia and taking forward the military to military cooperation to the next level," an Indian defense ministry statement reads.

The procurement process for FRCVs was initiated by the Indian Army in November 2017 as part of a plan to induct hundreds of armored vehicles similar to the Russian T-14 Armata, Ukrainian Oplot, and South Korean K2 Black Panther main battle tanks. According to the proposed procurement plan, the FRCVs will be manufactured in India by a private company in collaboration with the overseas original equipment manufacturer. Currently, Russian-made equipment forms the backbone of the Indian army's armored and mechanized infantry units.

The Indian Army chief is also likely to discuss the maintenance and lifecycle support of Russian-made military platforms in India.