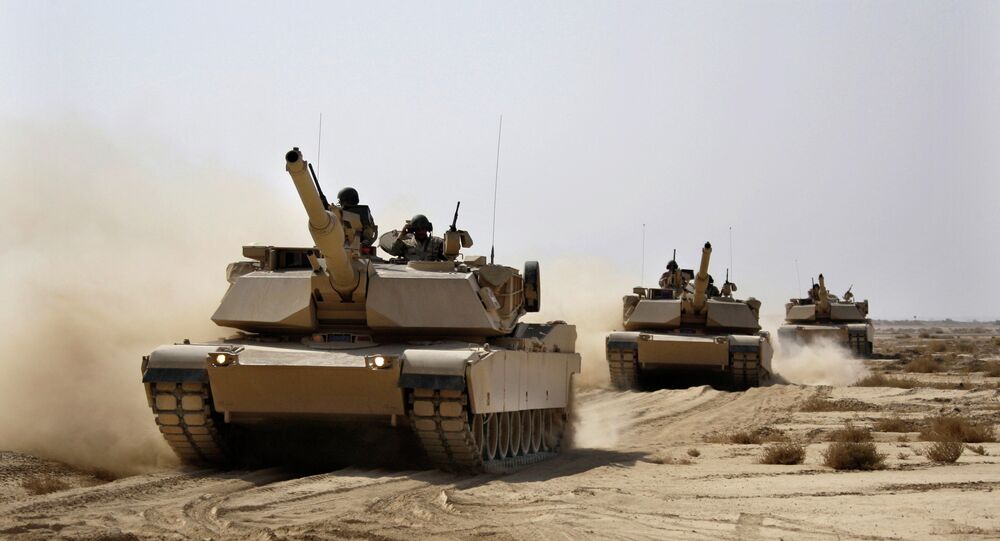 WASHINGTON (Sputnik) - Eight US senators have introduced legislation to prohibit the federal government from spending any money that could lead to war with Iran lacking the express approval of Congress, Senator Chris Murphy said in a press release on Friday.

"[The bill seeks] to prohibit the United States from expending funds that could lead to war with Iran without express approval from Congress, as required by the Constitution," the release said.

© REUTERS / Saudi TV
US Hosts 'Arab NATO' Ministers, Moving Forward With Anti-Iran Pact
If passed, the Prevention of Unconstitutional War with Iran Act would restore to Congress the sole power to declare war by prohibiting any funding for an unauthorized attack on Iran and block the US president from provoking an unnecessary military conflict in the Middle East, the release said.

"There is no legal authorization for US troops to be fighting Iran in Syria or anywhere else, and yet this administration seems to be spoiling for a fight. Americans are sick and tired of endless, costly wars," Murphy said.

The legislation was being introduced on the same day that President Donald Trump chaired a UN Security Council meeting on nonproliferation, and following the US government’s rejection of the Joint Comprehensive Plan of Action (JCPOA) with Iran, more commonly known as the Iran nuclear agreement, the release noted.