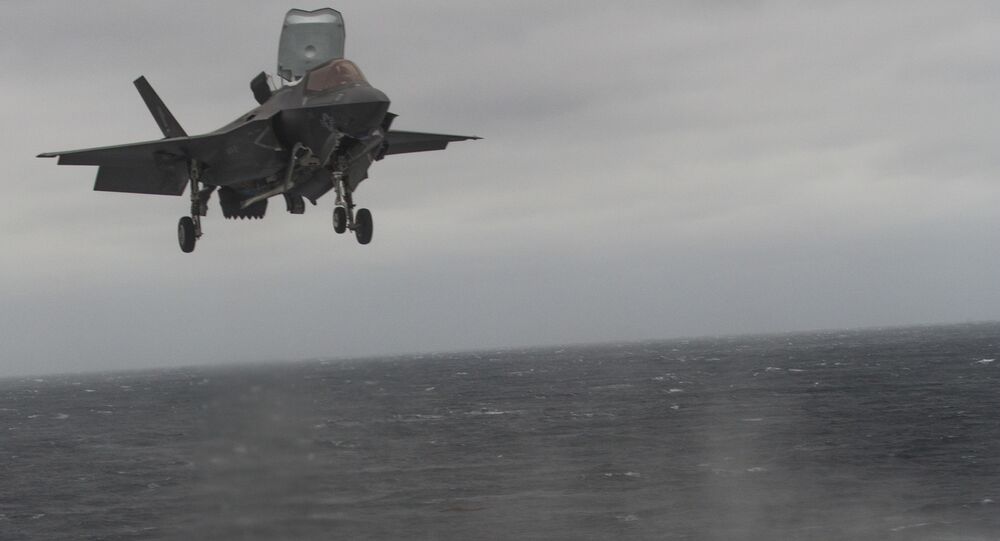 US defense officials are now confirming to CNN what Sputnik reported in February: the F-35B may see combat for the first time in a theater where the US is waging war in 2018, potentially against the Taliban in Afghanistan by the end of the week.

The amphibious assault ship USS Essex recently sailed from the Gulf of Aden to the North Arabian Sea and is heading for the Persian Gulf this week, CNN reported, citing one anonymous official.

The US Marines' F-35B may potentially fly its first combat mission "within days," CNN reports, citing several anonymous defense officials. Defense officials in Afghanistan said they were aware of the CNN report but declined to comment on future operations in the country.

The F-35Bs deployed aboard the USS Essex in July, Sputnik reported. The USS Wasp has been sailing in the Indo-Pacific theater, while the USS Essex is in waters near Saudi Arabia; China denied a US Navy request for the F-35-laden USS Wasp to make a port call in Hong Kong on Monday.

USMC Cpl. Aaron Henson
US F-35Bs May See First Combat with US Marines in 2018

Sputnik informed readers in February: "US F-35Bs may see first combat with US Marines in 2018," following reports that the aircraft were stationed aboard a ship that was sailing into US Central Command's area of operations. Specifically, the US launches many sorties from its strategic air base in Qatar at al-Udeid Air Base. The US Navy's Fifth Fleet also has its headquarters in Bahrain.

The potential F-35B attacks on the Taliban come amid a report from the United Nations Assistance Mission to Afghanistan that found civilian casualties from pro-government airstrikes surged in 2018. The mission reported a 52 percent increase in civilian casualties from air assaults, with 149 civilians dead and 204 injured, during the first half of 2018 as compared with the same time frame a year prior.