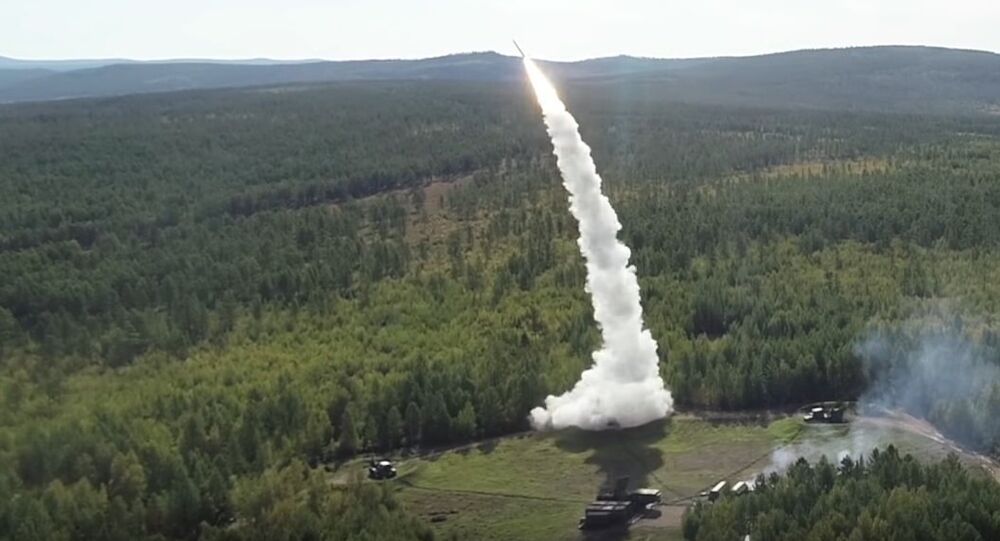 The ongoing Vostok 2018 drills, which are being held until next week in Siberia and Russia's Far East and involve all three branches of the military, have become the largest military exercises held by Russia in over 30 years.

"During the drills, special missile target simulators with very low radar visibility were used which, to put it another way, are fitted with stealth technology. These target missiles are superior to all known foreign analogues of existing missiles," Tikhonov told Zvezda, the Russian Defense Ministry's official newspaper.

"Immediately after the [simulated] missile attack by the conditional enemy began, all the necessary information started flowing into the Center for Combat Operations. The hard work began. We started to evaluate the work of our anti-aircraft systems. Soon we realized that we had successfully coped with our mission," the commander said.

The air defense drills, conducted this week at the Telemba test range in Buryatia as part of the ongoing Vostok 2018 maneuvers, were designed to test defenses against a massed air attack involving over 30 air targets flying over a variety of altitudes and velocities, from 100-150 meters to several kilometers. The drills included the use of the S-300, S-400, Buk, Tor and Pantsir-S air defense systems.

© Sputnik / Alexey Nikoskiy
Vostok-2018 Drills Show Russian Army Capable of Countering Significant Threats - Putin
According to the Ministry of Defense, "all air targets flying in the zone of responsibility of the air defense units were detected and destroyed in a timely manner."

The largest military drills in Russia's modern history kicked off across five ranges in Siberia and the Russian Far East, as well as the Sea of Japan, the Bering Sea and the Sea of Okhotsk on Tuesday. Set to run until September 17, the drills, being overseen by Defense Minister Sergei Shoigu, involve over 300,000 military personnel, more than 1,000 aircraft, close to 36,000 tanks, armored personnel carriers, and other vehicles, and 80 ships and support vessels. Formations from China and Mongolia have also joined the maneuvers.

Ahead of the drills, a NATO spokesman said that the drills were an effort to demonstrate "Russia's focus on exercising [a] large-scale conflict," adding that the Western alliance would be monitoring the exercises closely. Some Western media have claimed that the drills were an explicit anti-NATO exercise. Russian Deputy Defense Minister Colonel General Alexander Fomin countered the claim, pointing out that the exercises were taking place thousands of kilometers from Russia's western borders.