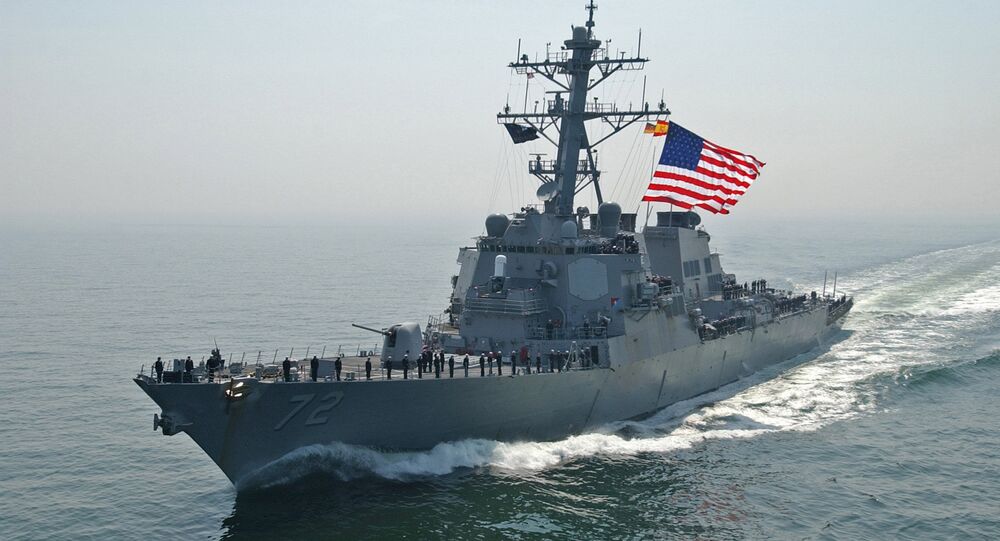 This month, the US Navy is conducting exercises it claims will guarantee freedom of movement through Persian Gulf and Red Sea waterways, as Iran threatens to obstruct shopping through key maritime positions.

US 5th Fleet Theater Counter Mine and Maritime Security Exercise Commander Scott A. Stearney recently told reporters in Manama that the exercises, which involve both regional and global allies, "illustrate that the US and our partners stand ready to ensure the freedom of navigation and free flow of commerce wherever international law allows," Bloomberg reported Sunday.

According to Stearney, US allies need to be ready to "address anything that threatens our interest or our [US] ships," adding that Iran's activities in the Persian Gulf and Red Sea areas are "promoting instability."

One of the US Navy exercises is occuring in Djibouti, a known choke point for global shipping at the southern end of the Red Sea.

In early July, the Islamic Revolutionary Guard Corps (IRGC) held large-scale military drills in the Persian Gulf. The IRGC said at the time that they were ready to disrupt other countries' oil shipments through the strait if Iran's own exports were impeded.

Iran has full control of the Persian Gulf and Strait of Hormuz, according to IRGC navy chief Alireza Tangsiri.

Iranian officials earlier threatened to block the Strait of Hormuz, cutting off a primary oil shipping route, in retaliation for any hostile action from the US.

In June, the US Department of State urged oil companies to stop exporting oil from Iran by November to avoid US sanctions, after President Donald Trump said in May that the United States would leave the nuclear agreement with Iran. The deal stated that Tehran guarantees the peaceful nature of its nuclear program in exchange for the gradual lifting of sanctions.

Pentagon Source Reveals US Drills in Homs, Syria is Message to Russia – Reports