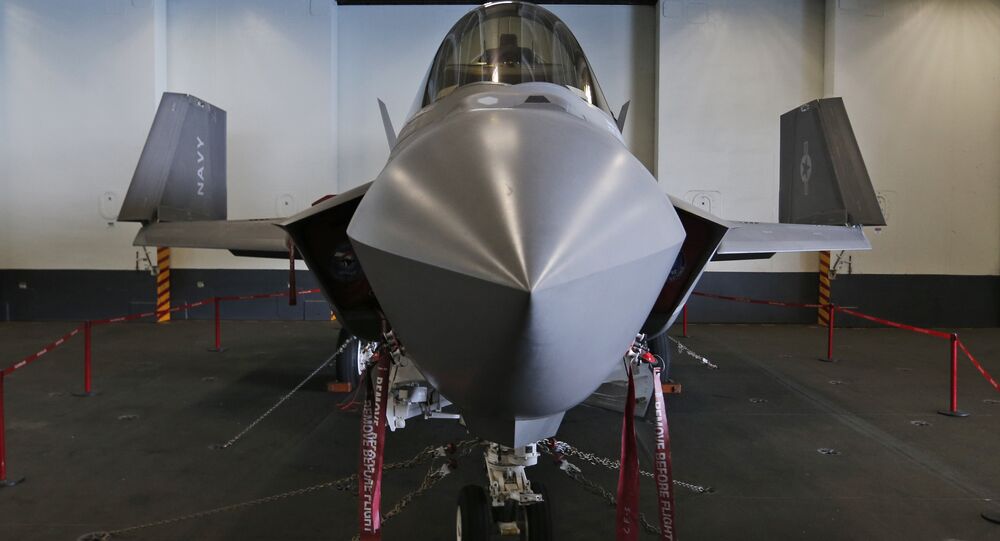 A US Navy F-35C Lightning II jet was seriously damaged last month during an aerial refueling exercise, and it's going to cost millions of dollars to repair, it was revealed this week.

Marking a first for the US Navy's variant of the F-35, the Class-A identified mishap suggests the repair bill could amount to at least $2 million. As for the Super Hornet, the Class-C fault it suffered could range between $50,000 and $500,000 in repair costs. A new engine for the F-35 fighter could cost as much as $14 million, USNI reported. Class-A is the label given to the most severe incidents, implying more than $2 million of damage, while Class-D designations are given to the least intense mishaps.

Despite the setback, no injuries were reported on either aircraft. The F-35 variant and the F/A 18-F later returned to the USS Abraham Lincoln and Virginia's Naval Station Oceana, respectively.

"The fact that the [F-35] was able to return to the carrier is a testament to its survivability," Naval Air Forces spokesperson Cmdr. Ron Flanders told the Navy Times. Presently, the incident is still under investigation.

According to Callahan, pieces of a refueling basket are the most common form of non-bird foreign object that tend to get sucked into engine intakes. Just one day before the refueling snafu, an F-35 was reported as encountering its own in-flight emergency when it "experienced a bird strike."

At the time of the incident, the F-35 aircraft was undergoing an "integrated air wing test event." Dale Horan, director of the Joint Strike Fighter Fleet Integration for the Navy, told USNI reporters at the time that the test allows officials to see how well the jet "integrates with the ship" and how it works with communications, data links and other aircraft during missions.

The US Navy has a handful of the F-35Cs taking off from the USS Lincoln as part of operational testing. The F-35C is expected to achieve an initial operational capability (IOC) for the variant by February 2019, but has missed prior deadlines to achieve IOC.