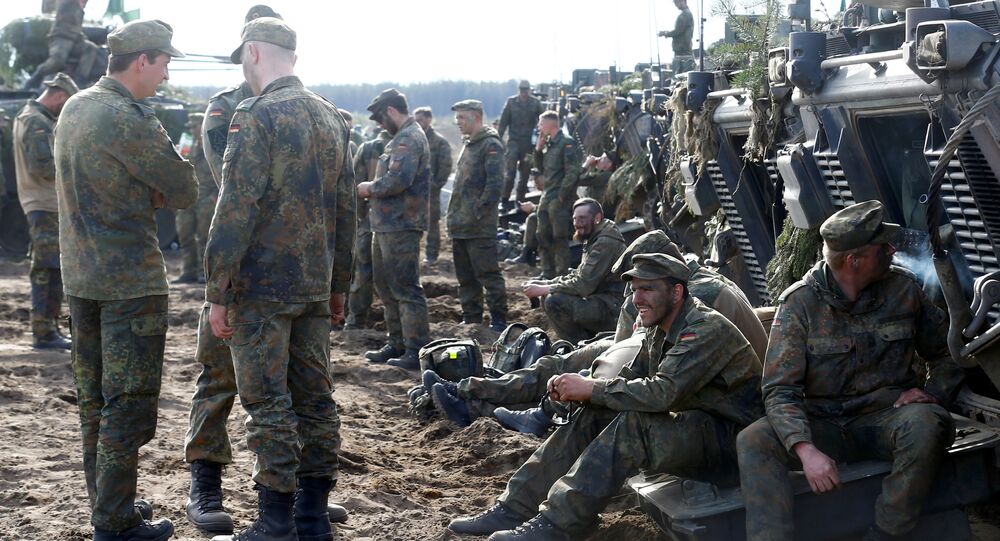 While the German government is looking for ways to increase defense outlays to 1.5 percent of GDP from its current 1.3 percent, experts warn that the uptick will not be enough to fully meet the army’s needs.

The German armed forces are in a state of deep crisis, faced with acute underfunding, the newspaper Zuddeutsche Zeitung wrote.

According to the publication, the 38.5 billion euros Germany plans to spend on defense in 2018 seem sufficient only at first glance.

In fact, the armed forces don’t have enough money to carry on with a hefty 50 percent of the defense budget being spent on provision of personnel, about 18 percent — on operational costs, and only 13 percent being spent on new equipment.

© CC BY 2.0 / Eurofighter Typhoon S Germany Air Force / https://www.flickr.com/people/14035760@N03
(No) Smoking Gun: Almost Half of German Army's Weapons Unfit for Duty - Report
There has been a sharp drop in the number of tanks — from 4,500 at the end of the Cold War to 225 units now and allocated funds are not enough to solve the problem.

For example, operations being carried out as part of the UN missions in Afghanistan and Mali often require that the weapons used in Europe are adapted for complex weather conditions in those countries, and include mine-proof armored vehicles.

According to Suddeutsche Zeitung, during its participation in the 2011-2014 US-led campaign in Afghanistan, the Bundeswehr was literally turned into a “spare parts warehouse” providing the German contingent with everything it needed, while simultaneously losing its ability to defend Germany itself and fulfill its tasks within the NATO framework.

Just as the German government is discussing how to increase its defense spending to 1.5 percent of GDP from 1.3 percent now, experts believe that the uptick will not be enough to fully meet the army’s needs.

Klaus Naumann, a former chairman of NATO's military committee, believes that the additional funds will at best go to reduce the deficit that has been growing since the early 2000s.

Earlier, the tabloid Bild, wrote, citing a report by the Federal Accounts Chamber of Germany, that Defense Minister Ursula von der Leyen has been accused of concealing cases of military equipment malfunctions and of "embellishing statistics."

According to the newspaper, not a single German submarine was suitable for operation in 2017, and less than half of frigates and tanks and only one in three combat helicopters were combat-worthy.

Moreover, the corvettes, declared by von der Leyen as "combat ready,” had no weapons, lacked guided missiles and were severely understaffed.