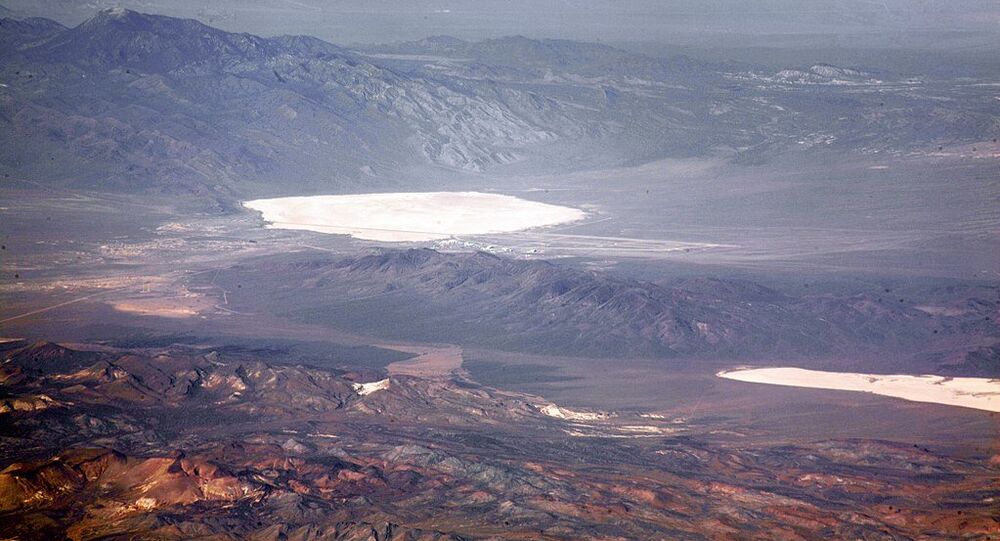 The airliner Janet Air is looking to hire a pilot. What’s the big deal? Never heard of Janet before? That’s because it only services a handful of destinations, and you can’t buy tickets to them. The airline flies to top secret US military test sites in the country’s southwestern deserts, including the notorious Area 51.

Janet, reputed to stand for "Just Another Non-Existent Terminal," operates a handful of Boeing 737-600 jets out of a private, secure air terminal at Las Vegas airport. The jets have no tail markings and no logos, each sporting only a big red stripe down the side of its white body.

If you have Top Secret clearance and know how to refrain from asking too many questions — and fly a plane — this job may be for you. Task & Purpose reported the average salary of a pilot for AECOM, Janet Air's parent firm, was $80,454 per year.

Janet's purpose is to constantly shuttle back and forth scientists and other personnel from a handful of US military installations. Officially, most flights go to the Tonopah Test Range in the Nevada desert, but according to flight trackers, where they really go once they're off civilian radars is Groom Lake, home to the infamous Area 51 site, the National Post reported.

What goes on at Area 51? Nobody really knows; it's among the most secure and private installations on the planet. Of course, rumors abound: top secret test aircraft, evidence of aliens having visited Earth, time travel equipment, you name it.

CIA
This photograph, taken during a 1957 U-2 flight, shows a missile launch pad in Nevada's Area 51.

Long rumored not to be real, only in 2013 was Area 51's existence confirmed by the US government, when a 1992 history of the U-2 spy plane — which not only mentioned Area 51, but actually placed it on the map — was declassified, Sputnik reported at the time. However, the facility's general location — in southern Nevada north of Las Vegas — can be easily ascertained by the very strict airspace control surrounding it and other installations. In the same area is the Nevada Test Site, where the US detonated hundreds of nuclear bombs during experiments and weapons tests between 1951 and 1963.

Officially, "the range is used for the testing of technologies and systems and training for operations critical to the effectiveness of US military forces and the security of the United States," according to a US Air Force spokesperson who gave a statement to Task & Purpose.

"Some specific activities and operations, both past and present, remain classified and cannot be discussed," said Air Combat Command spokesperson Col. Todd Vician.

According to Jalopnik, other destinations at which the red-striped airline has been spotted include Naval Air Weapons Station China Lake, approximately 150 miles north of Los Angeles, California, which serves as the US Navy's RDT&E (Research, Development, Test & Evaluation) range; Plant 42 in Palmdale, California, the location of Lockheed Martin's Skunk Works advanced projects division, where the US developed stealth technology; and Edwards Air Force Base, a vast complex including a test pilot school and space flight center, where many of the Space Shuttle landings occurred.

Area 51: Bikers Held at Gunpoint at ‘Secret Back Gate’ (VIDEO)