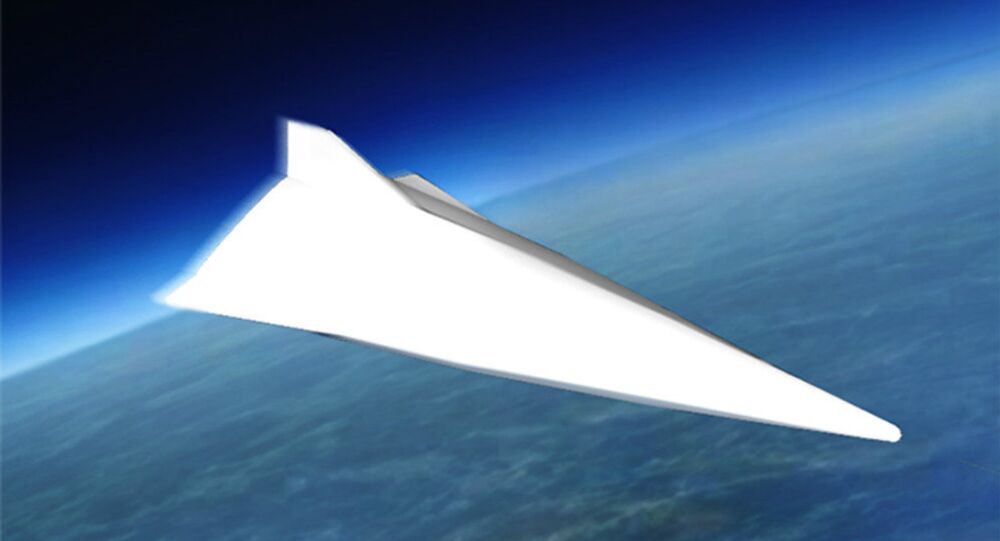 The Xingkong-2, or Starry Sky-2, waverider flies in the atmosphere and uses shockwaves generated after it breaks the sound barrier to glide at hypersonic speeds.

© Sputnik / Ildus Gilyazutdinov
US Pumps More Cash Into Hypersonic Glider Project, Trying to Catch Up to Russia, China
Launched in a rocket at a target range in northwestern China on Friday, the Xingkong-2 executed a number of maneuvers at an altitude of 30 kilometers (18.6 miles) before landing in a designated area 10 minutes later.

According to Chinese military experts, cited by the newspaper, the Xingkong-2 can carry nuclear warheads and break through any existing anti-missile defense system due to its high speed and unpredictable trajectory.

There will be more tests of the waverider before it is handed over to the Chinese armed forces.

In addition to its military application, the hypersonic flight vehicle may also see civilian use in the future, a military expert, told the Global Times on Sunday.

"If the hypersonic technology matures, it may see other applications including industrial transport," he said.