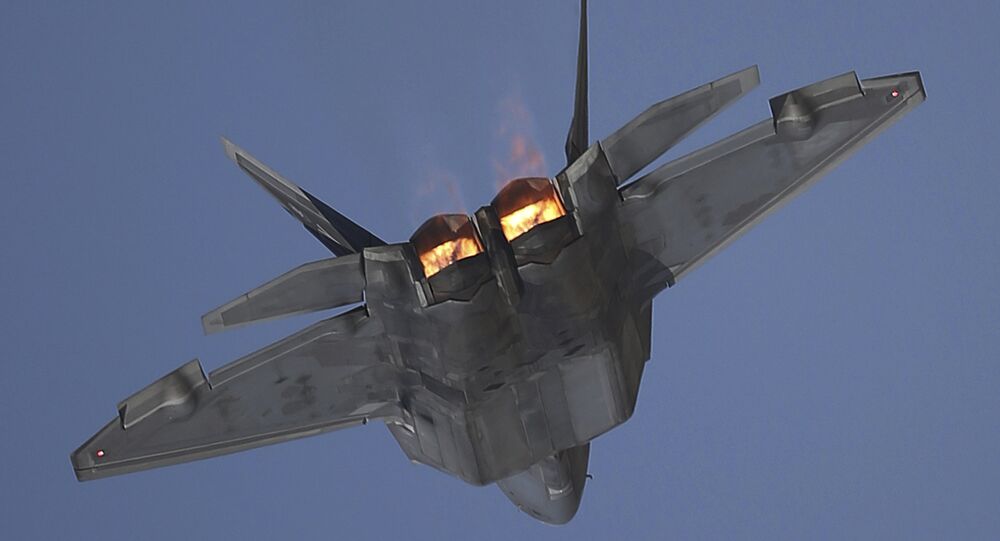 China’s new J-20, nicknamed ‘Weilong,’ is one of the world’s most advanced fighter jets. But how does it compare to the American F-22 Raptor? Let’s find out.

In July, the People's Liberation (PLA) Army Air Force, China's aerial warfare service branch, released a video of J-20 nighttime training exercises. The warplane was developed by Chengdu Aerospace and first entered service in 2017. The US F-22 Raptor, which first entered service in 2005, was developed by Lockheed Martin to be used by the US Air Force, the South China Morning Post (SCMP) reported.

© AFP 2021
Why is Poland Hosting a US Military Base 'Not the Best' Option?

The F-22 features afterburning turbofan G199-PW-100 engines that include vectoring nozzles which allow the US warplane to carry out maneuvers at speeds above the speed of sound. China did not develop advanced turbofan engines due to production delays, but the J-20 is expected to include a new WS-15 engine next year, will which greatly improve the plane's maneuverability and stealth capacity.

While the J-20's frontal and side stealth capacities are said to be superb, it is believed to be more susceptible to radar from the rear — in comparison to the F-22.

The fighters carry their weapons in internal bats. The J-20 can hold up to six air-to-air missiles and hold longer range missiles or an LS-6 precision-guided bomb. The F-22 can carry eight short or medium-range air-to-air or air-to-ground missiles in addition to an M61 Vulcan gun and four under-wing drop tank points.

Both fighters have highly-integrated avionics and sensor equipment that include low-observative, active electronically-scanned array (AESA) technology that can detect multiple targets under all weather conditions.

Military pundits assert that while the two fighters are comparable in design and performance, the F-22 is slightly superior due to its advanced engine, although, with the addition of the new Chinese WS-15 turbofan, power parity may not be far off.