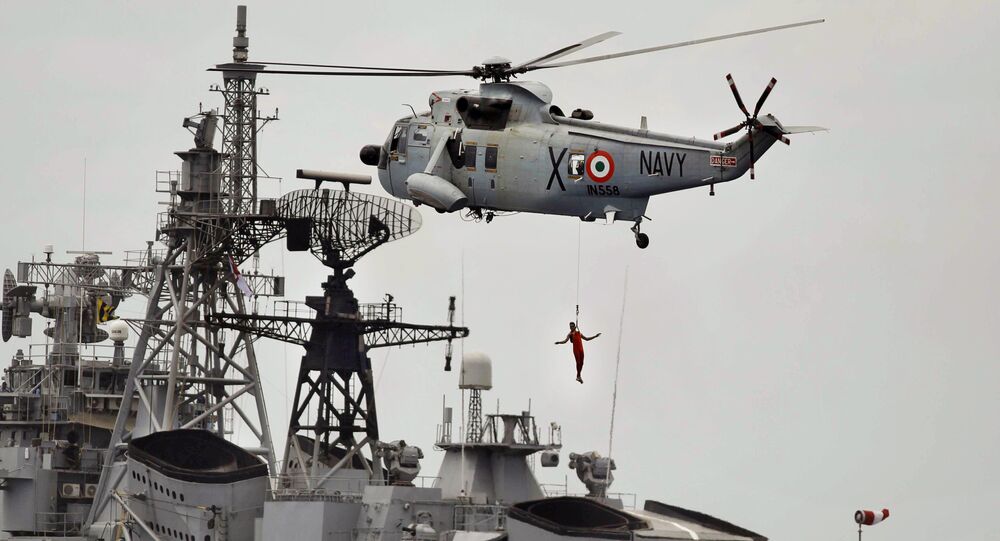 The Defense Research and Development Organization (DRDO) has claimed that the state-of-the-art ship borne software-defined radios are similar to those made by Rhode and Schwarz of Germany, Thales of France and Harris of the US.

New Delhi (Sputnik): India's Defence Research and Development Organisation (DRDO) has developed a next-gen military radio communication system for the country's naval forces. The system is expected to assist in the networking of naval battlefield resources on the move and enhance the operational capabilities of the Indian Navy.

"These SDRs would replace existing single-purpose hardware-based communication systems used by the Navy through multi-band, multi-function, multi-role/mission radios, having capabilities for software-based reconfigurability. These SDRs are able to inter-operate with all legacy naval tactical radios and have integrated mission specific waveforms. The most complex and critical waveform is Mobile ad hoc Networking (MANET), which has built-in Electronic Counter-Countermeasures capability," a DRDO document reads.

Last November, India's Defence Acquisition Council had approved the procurement of more than 260 SDRs for the Navy at a cost of more than $75 million. State-owned Bharat Electronics Ltd will produce this equipment at the mass level for the armed forces. After induction, the Indian Navy would be able to carry out net-centric operations confidently using these indigenous state-of-the-art radios.

DRDO is now mulling the development of next-generation radio technology for fighter aircraft, land systems and for special operations for internal security purposes.