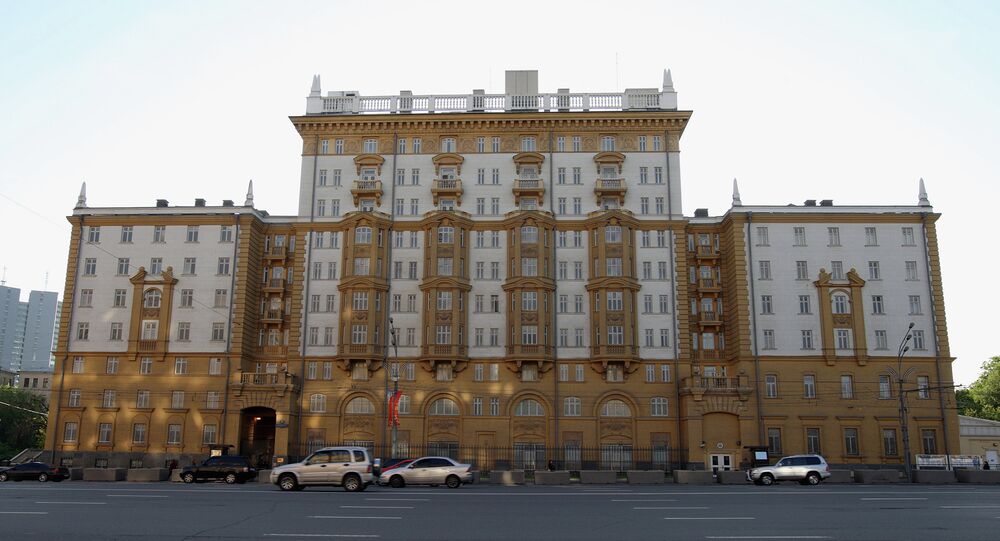 The report says the US Embassy in Moscow fired her quietly last year to avoid embarrassment.

A Russian woman allegedly spied on the US Secret Service on behalf of Russian counterintelligence while she was working at the US Embassy in Moscow, says a report by The Guardian, citing an unnamed source in US intelligence.

According to the report, the woman was hired by the US State Department and worked for the Secret Service as a part of her duties at the embassy. As a consequence of those duties, she had access to the embassy's intranet and email systems, which could have possibly enabled her to access highly confidential material, such as the schedules of the US president and vice president.

© AFP 2021 / George OURFALIAN
Israeli Embassy: Russian MP Deployment to Golan Heights Coordinated With Israel
The woman only came to the attention of US counterintelligence in 2016, after a routine security sweep determined she had regular meetings with representatives of the Federal Security Service (FSB), Russia's counterintelligence service. The investigation was performed by two investigators from the US State Department Regional Security Office (RSO), the report says.

The unnamed source told the newspaper that the RSO sounded an alarm in early 2017, but the Secret Service did not launch a proper inquiry of its own. Instead, the woman was quietly fired by the Secret Service months after the RSO's warning, possibly to avoid any embarrassment, The Guardian's report says.

"The Secret Service is trying to hide the breach by firing [her]," the source told the newspaper. "The damage was already done but the senior management of the Secret Service did not conduct any internal investigation to assess the damage and to see if [she] recruited any other employees to provide her with more information."

"Only an intense investigation by an outside source can determine the damage she has done," the source added.

"The discovery of a suspected FSB mole on its staff within the US embassy in Moscow would be hugely damaging to [the Secret Service's] reputation and could have severe consequences for the safety of other Secret Service staff and those it is mandated to protect," the Guardian report reads.

The US Secret Service, a Department of Homeland Security division usually associated with the protection of the US president and other high-ranking officials, actually has a broader mission, formulated as the "protection of the nation's leaders and the financial and critical infrastructure of the United States." Though DHS was formed in 2004, the Secret Service was created in 1865 to combat the proliferation of counterfeit currency.

Man Allegedly Shoots Himself Near White House - US Secret Service