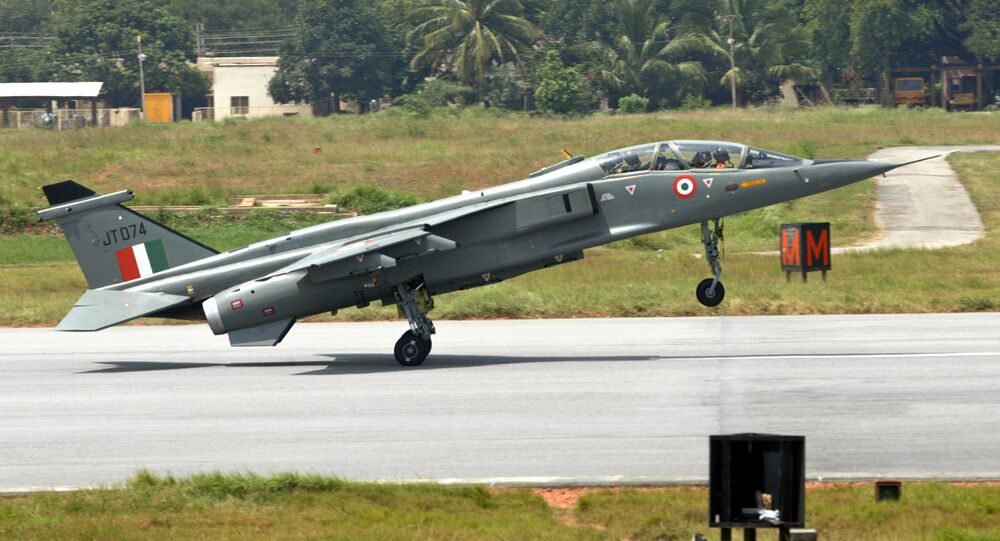 Under the $3 billion revamp plan, the state-owned Hindustan Aeronautics Ltd (HAL), which is responsible for the modernization of six squadrons, nearly 20 percent of the current IAF fighter fleet, will receive grounded Jaguars from France, Oman, and the UK by the end of 2018.

The Indian Air Force (IAF) plans to extend the life of its 117 Jaguar fighter aircraft to 20 years with new engines, air frames, and spares from grounded foreign fighter jets.

We are doing obsolescence management for the Jaguar aircraft, from wherever we'll get the spares,we have to keep our fleet flying,its a good deal: Air Chief Marshal Birender Dhanoa on India acquiring old and mothballed Jaguars from other countries to bolster existing fleet pic.twitter.com/BKC2aMXqkX

"Considering the existing depletion of the IAF's fighter fleet, with only 31 squadrons in operation against the authorized establishment of 45, upgrading Jaguars makes a lot of sense than retiring them. The gift of Jaguars by France and Oman will be a welcome relief. The gifted aircraft would serve as Christmas Trees from which spares can be plucked [to] keep the fleet operational," Vijainder K. Thakur, a defense analyst and retired air force squadron leader, told Sputnik.

The air frames of the Jaguars in service with the IAF were assembled in India by HAL. Going by the fatigue analysis, most of the air frames have enough residual life to be in service till 2030. However, HAL didn't localize the manufacture of air frame spares to the extent it should have. As a result, the IAF's Jaguar fleet is being kept operational through a regular global tendering for spares.

French Media confirms the transfer of 31 grounded Jaguar warplanes to India to be used as spares to support the existing IAF Jaguar fleet, the transfer is free of cost. HAL has been license producing this aircraft for over 25 years but at the fag end cannot sustain the fleet. pic.twitter.com/pTY7IiXph1

© AFP 2021 / MANJUNATH KIRAN
Air Force Veteran Suggests India Should Go for More Russian Su-30MKI/Su-35
The Jaguar, which first entered service in the early 80s, was acquired for deep penetration of airspace of adversaries at low levels. Though very capable as a strike fighter at low levels, the aircraft is under-powered at medium to high altitudes. Life cycle upgrades and a consequent weight spiral have further compromised the fighters thrust to weight ratio and made it a slow flying duck at medium altitudes. To do away with this shortcoming, the Indian Defense Ministry is also finalizing a direct purchase of F-125IN engines from Honeywell in the US for the Jaguar fleet, which is currently being operated with Adour Mk.811 engines.

"Eighty of the 117 Jaguars in service are proposed to be upgraded with new engines. The Adour 811 engines (25 kN dry thrust, 37.5 kN with afterburners) would be replaced with Honeywell F-125IN engines (27.7 kN dry thrust, 43.8kN with afterburners). The engine upgrade would allow the Jaguar to safely operate at medium altitude in the strike. Because of lower fuel consumption at medium altitude, the operational range of the aircraft would double. There would be an additional increase in range as the aircraft would be able to leverage its air-to-air refueling capability," Thakur added.