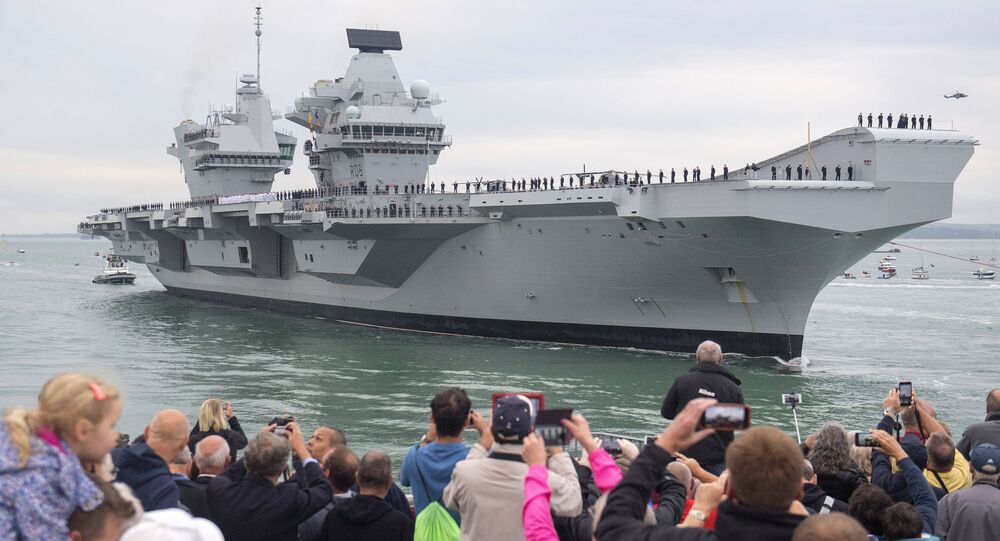 The UK and Australia are ramping up their defense cooperation in the Pacific and the South China Sea.

© AP Photo / Rick Bowmer
UK Navy to Have 24 F-35 'Frontline Fighters' on HMS Queen Elizabeth by 2023
The ministers mentioned the challenges to international “norms and conventions” in the Pacific region and clear threats to the “rules-based international order.”

They said these threats justified greater defense and security cooperation between the UK and Australia.

Gavin Williamson reinforced Britain’s new commitment in the Indo-Pacific region, including the opening of new embassies in Tonga, Samoa and Vanuatu and efforts to enhance naval deployment in the region.

He said for the first time, since 2013, Britain has been deploying naval ships to the Pacific as part of the country’s enhanced military alliance with Australia.

“We are hoping on deploying HMS Queen Elizabeth to the Pacific and sailing side-by-side with Australian vessels," Williamson said.

“We want to make sure everyone around the world understands that these two great nations are the greatest of allies,’’ he added.

HMS Queen Elizabeth is the flagship ship of the Royal Navy and the fleet’s largest ever warship, capable of carrying up to 60 aircraft.

Once operational in 2020, it will normally travel with a “carrier strike group” involving several frigates for anti-submarine warfare, destroyers for air defense and potentially a hunter killer submarine.

In recent years, China has devoted extensive resources to reclaiming many reefs from the South China Sea, forming artificial islands that only fuel the debate about sovereignty over the region.

The South China Sea is a crucial sea gateway through which some $3.4 trillion in trade passes annually, according to CNBC.