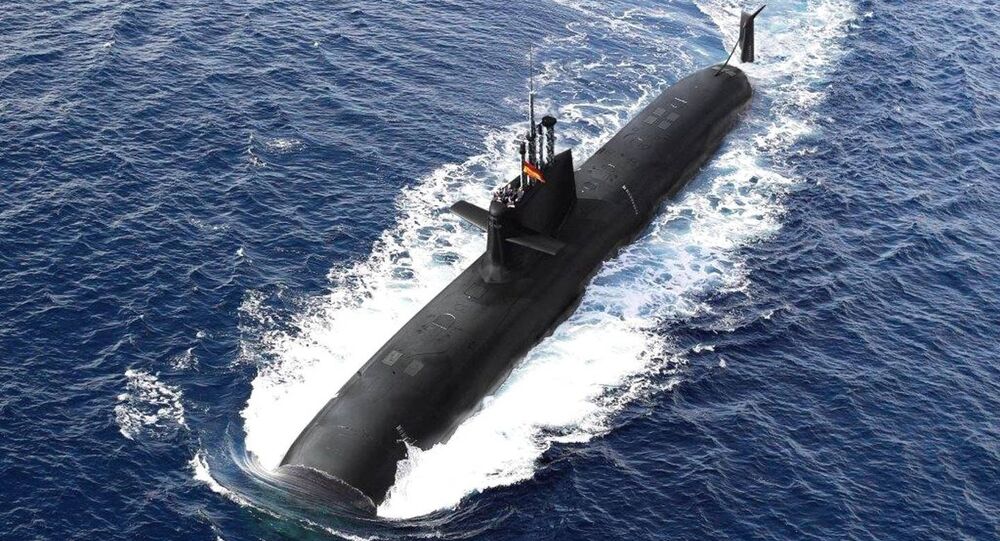 The new S-80 Plus-class submarine, a 4 billion euro ($4.6 billion) program expected to supply Madrid with a new generation of diesel-electric subs, has hit a major snag. Once calculated to be too heavy to float, the submarine is now said to be too long for the country's existing submarine pens.

Spain's El Pais newspaper has pointed out that while the navy's dockyards at Cartagena, southeastern Spain, can accommodate vessels up to about 256 feet in length, the S-80 Plus design is over 265 feet long – nine feet too long to fit in its submarine pens.

According to El Pais, modifying the docks by dredging out the pens and upgrading the facilities will cost over 17 million euros, adding another expense to the estimated 1 billion euro apiece vessels expected to be delivered into the Spanish Navy by 2022.

© AP Photo / Geert Vanden Wijngaert
'I Believe in NATO': Trump Claims Bloc's Members Agreed to Boost Defense Spending
Newly appointed Defense Minister Margarita Robles admitted in an interview with Spanish radio that there were "deficiencies in the project," but added that these were "already corrected" and that "the project is absolutely viable."

This is the second widely publicized calculation error involving the S-80 Plus. In 2013, the project ran aground after it was revealed that the sub was too heavy to surface correctly. A Spanish official told the media at the time that "apparently somebody made a mistake in the calculations in the very beginning and nobody paid attention to review" them after an engineer put a decimal point in the wrong place. The mistake cost 14 million euros to fix, with engineers improving buoyancy by making the vessel longer.

Independent Spanish journalist Matthew Bennett got ahold of a Defense Ministry spokesman, who told him that there was "nothing new" in the Spanish media's reporting on the S-80 Plus's excessive length and said that Madrid had plans to extend the width (but not the length) of its sub pens at Cartagena since "before 2009." The spokesman denied that the pens would be lengthened and said that the subs aren't actually required to completely fit into their pens lengthwise.

Navantia, the shipbuilder contracted to create and build the sub in the late 1990s, has yet to comment on the botched calculations. The new subs are already far behind schedule and were originally expected to be delivered by 2015. A primary concern for the project is its bioethanol-based air-independent propulsion system, which will allow the sub to stealthily operate for weeks while submerged. In 2017, the media reported that the system would not be ready in time for the first sub's delivery in 2022.