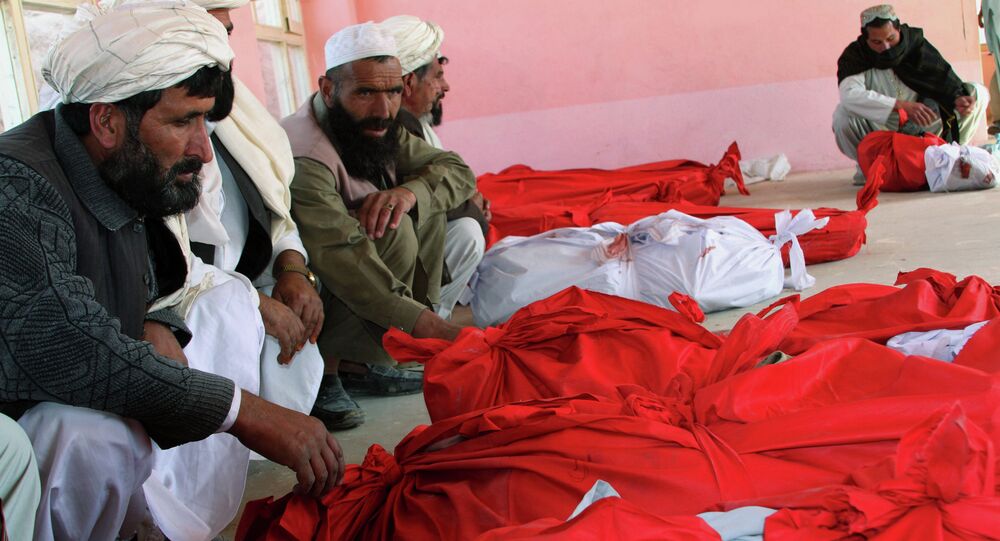 The number of civilian casualties in Afghanistan in 2018 is the highest in any six-month period since they began being counted systemically in 2009, according to the UN Assistance Mission in Afghanistan (UNAMA).

So far this year, 1,692 civilians have lost their lives directly due to conflict in the country, the UNAMA revealed in a report issued Sunday. That's a 1 percent increase in deaths; the number of injured, 3,430, actually decreased by 5 percent. The leading cause of civilian casualties were improvised explosive devices (IEDs); suicide and nonsuicide IEDs were responsible for nearly half of all civilian casualties. Ground engagements were the second leading cause.

Attacks from the air killed 149 civilians and injured 204, the report found, with 52 percent of those casualties attributed to the Afghan Air Force. Forty-five percent of those killed in aerial attacks died at the hands of international military forces — meaning the US, which has waged war there for nearly 17 years; 3 percent of deaths were attributed to unidentified pro-government forces.

The US in 2017 announced a new strategy in Afghanistan, which includes more airstrikes and gives armed forces more flexibility in targeting the Taliban, Stripes pointed out. Army Gen. John Nicholson, top US commander in Afghanistan, says this has prevented insurgents from gaining new ground. "Rather, they are trying to inflict casualties and gain media attention," he said in June, Stripes reports.

The campaign has not done much to dampen Taliban troop numbers, however, at least according to some Afghan officials. In June, Afghan General Laal Jan Zaheer said the government was battling some 77,500 militants, more than double previous estimates.

The report, which covers the period from January 1 to June 30, 2018, points out that civilian casualty figures reached record highs despite the three-day ceasefires in mid-June of both the Afghan government and the Taliban. This offers a ray of hope, said UN Secretary-General Special Representative for Afghanistan Tadamichi Yamamoto, who heads the UNAMA.

"The brief ceasefire demonstrated that the fighting can be stopped and that Afghan civilians no longer need to bear the brunt of the war," he said. "We urge parties to seize all opportunities to find a peaceful settlement — this is the best way that they can protect all civilians."