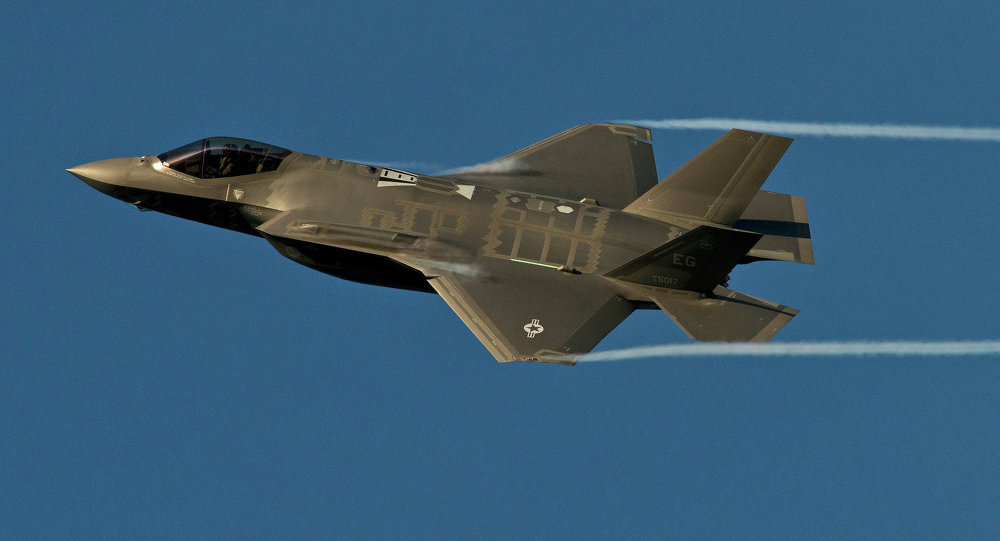 US Air Force: Hypoxia Among Pilots Mysterious, But Real

The root cause of hypoxia among US Air Force pilots has yet to be clearly identified, but at least one cause can be ruled out: pilots are certainly not faking symptoms.

"We know for a fact what our pilots are experiencing in the airplanes — our pilots are not making things up" when they report episodes of hypoxia, a medical condition in which body tissues lack sufficient oxygen, Lt. Gen. Mark Nowland told military.com last month, according to a report published Thursday by the outlet.

"It's real stuff. People are not making this up," Col. William Mueller told Task and Purpose last week.

Nevertheless, "we don't have the smoking gun yet" pointing to the root cause of the cockpit airflow problems, US Air Force Chief of Staff Gen. David Goldfein said in April congressional testimony.

For months, service officials, engineers from NASA, specialists from the US Navy and outside contractors have studied the stubborn problem impacting US Air Force pilots. In January, the service appointed a general whose exclusive responsibility is to determine what's going on with the aircraft to cause pilots' experiences of hypoxia, Sputnik News reported.

The problem hasn't been isolated to one aircraft model. The A-10 Warthog, F-35 Joint Strike Fighter and T-45 training jet are all implicated in the persistent dilemma. At one point, the US Air Force grounded its fleet of F-35A aircraft at Luke Air Force Base in Arizona because of hypoxia incidents. Last June, the US Navy made a rare public acknowledgement that the causes of death of four F/A-18 Hornet pilots were tied to hypoxia. Even pilots in the vaunted F-22 Raptor have reported hypoxic episodes whilst flying.

Upon realizing a miscue with an air flow regulator, an F/A-18 Super Hornet explained his experience last fall: "That's when I realize my lips were tingling, my fingers are tingling, and I'm like 'Sh*t, man, something's wrong'… And the guy in back's like, 'Hey, dude! My fingers are blue!'"

Speaking to Wired magazine last August, a professor who has spent more than a decade on developing sensors for detecting hypoxia in pilots said that the condition could have serious impacts on pilots flying these powerful, expensive aircraft. "When you are exposed to less than ideal amounts of oxygen, physical coordination decreases, mental clarity decreases, and blackouts can occur very quickly," said John Lannutti, a materials science professor at Ohio State University.