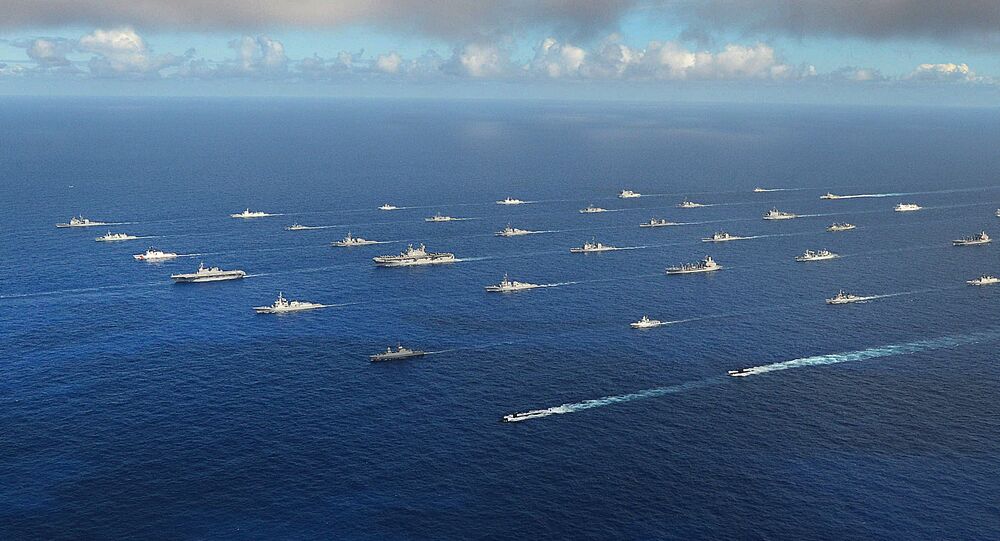 Officials with the US Army and the Japanese Defense Force teamed up on Thursday to test Japan’s Type 12 surface-to-ship missile (SSM-12) by launching it at a ship located some 60 miles off the coast of Hawaii’s Kauai.

The test, which took place amid the ongoing 2018 Rim of the Pacific maritime (RIMPAC) exercises, was also done in an effort to test the task force's ability to effectively communicate with one another and coordinate an attack.

Over a five-hour period, the USS Racine, a Newport-class tank landing ship, was hit by rockets from the US Army's Apache helicopters and High Mobility Artillery Rocket System (HIMARS) before two of Japan's SSM-12 were deployed, Stars and Stripes reported. The simulated attack later concluded with a second HIMARS attack.

"You're seeing the future, here," Gen. Robert Brown, commander of the US Army Pacific, told newspaper The Garden Island. "We're taking systems that weren't designed to talk together in many cases."

"We're going to learn a lot from this. If you're not learning, if some things don't go wrong, you're not pushing yourself enough," he added.

According to Stars and Stripes, since the task of the operation wasn't meant to sink the ship, officials only fired off missiles that did not have warheads or had minimal explosives.

"There are so many attacks on the ship sequenced today, and we want the ship to still stand at the end of it so some of them were designed not to sink the ship on the first shot," Col. Chris Wentland, the task force commander, told the website. "There was damage to the structures on the top, but not the hull."

The operation marked a historic moment between US and Japanese forces as they worked side-by-side to first find the Racine, then make sure the area was clear of endangered animals and other vessels.

"This is the first time ever in history we have a Japanese Ground Self Defense Force weapons system SSM12, controlled by US fire control and US command, in a multidomain task force," Brown told The Garden Island.

The RIMPAC exercises, which brought some 25 nations, 46 surface ships, five submarines, more than 200 aircrafts and 25,000 military personnel to Hawaii, will conclude on August 2. Exercises first began in 1971.