US Buying More Laser-Guided Rockets Useful in Fight Against Daesh 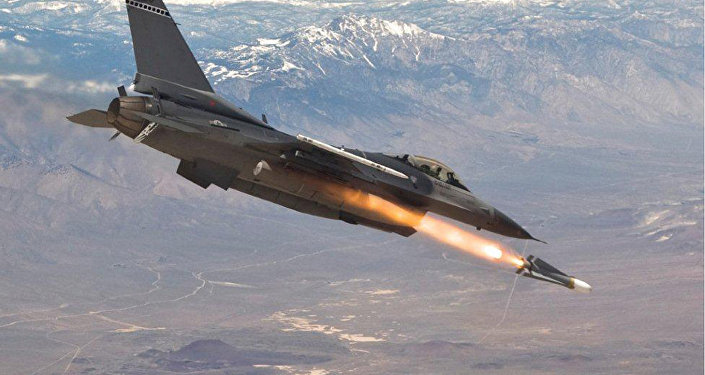 Speaking with the news outlet, a US Air Force spokesperson said APKWS "provides the warfighter [with] a precision-guided, moving-target capability" that can be mounted on an F-16 Fighting Falcon or A-10 Warthog. Officials in the service have said that the demand for guided rockets among aircrews conducting operations against Daesh in Iraq and Syria has been high, which might explain why so many more are being sought.

In contrast to Hellfire missiles, which weigh 100 pounds and are suited for taking out tanks, Hydra rockets are extremely effective at striking smaller targets such as groups of Daesh combatants. There is also a substantially lower risk of collateral damage with the 2.5-inch diameter rockets than with larger air-fired missiles.

The rockets hit their intended targets within two meters of where they are guided at a rate of 90 percent, according to BAE developers.

Developers are working on seeker technology to help the rockets travel through inclement weather more effectively. The weapon has "challenges where there are obscurants," says Dave Harrold, director of business development for survivability, targeting and sensing at BAE, Warrior Maven reported Tuesday.

In the future, the weapon may also be used to strike small surface targets at sea, according to a report from Naval-Technology.com.