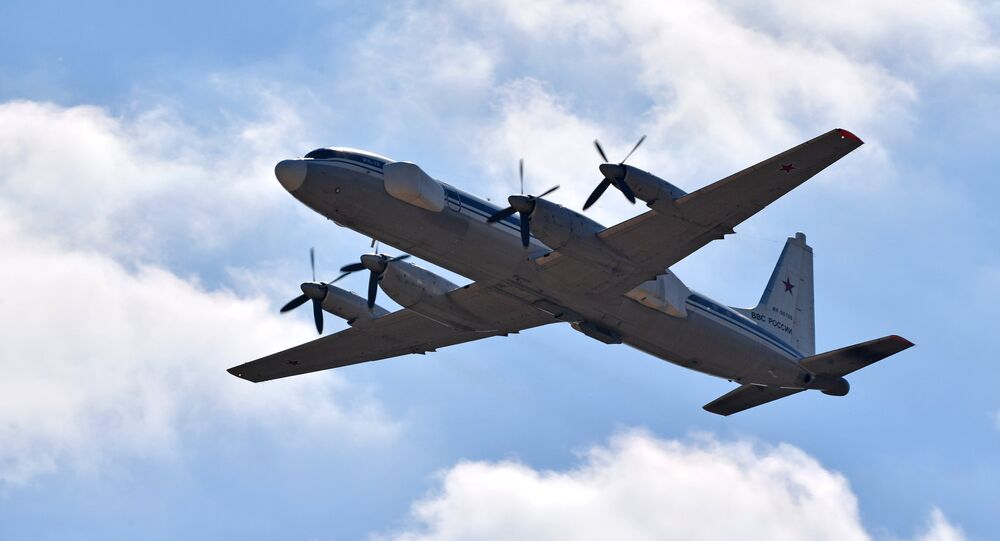 MOSCOW (Sputnik) - Russia is developing a new electronic warfare aircraft, which will be capable to turn off the electronics installed on military satellites, a source from the Russian defense industry told Sputnik.

"The work is currently underway to develop an aircraft equipped with jamming systems that will replace Il-22PP Porubshchik [electronic warfare aircraft], which are currently being delivered to the Russian Aerospace Forces. This machine will receive a fundamentally new on-board equipment, which will allow to conduct electronic suppression of any targets — ground, air, sea — and disable enemy satellites that provide navigation and radio communication on the ground," the source said.

According to the source, as for today the conceptual design of this aircraft has been developed and the relevant design and development work is expected to start in the near future.

© Sputnik / Vladimir Fedorenko
Russia May Renew 'Satan' Missile Launches to Place Satellites In Orbit
"The new aircraft was named Porubshchik 2, but most likely, this machine will join the Aerospace Forces under a different name. There definitely will be a new air-frame. There is a possibility of developing such an aircraft on the basis of Tu-214 or Il-76 plane," the source added.

The source reminded that the Russian Aerospace Forces are currently operating three electronic warfare aircraft on the basis of Il-22. The problem of Porubshchik 1 is in the aircraft platform itself, as Russia has about 10 Il-22 planes and this machine cannot be reproduced. Such a small number of aircraft will not be able to meet the needs of Russia's army, the source explained.

The Il-22PP Porubshchik was designed in late 2000s on the basis of the Soviet Il-18 passenger aircraft made in mid 1970-s. According to media reports, the aircraft is capable to disable most modern electronic warfare systems installed on foreign planes, air defense systems, as well as unmanned aerial vehicles.