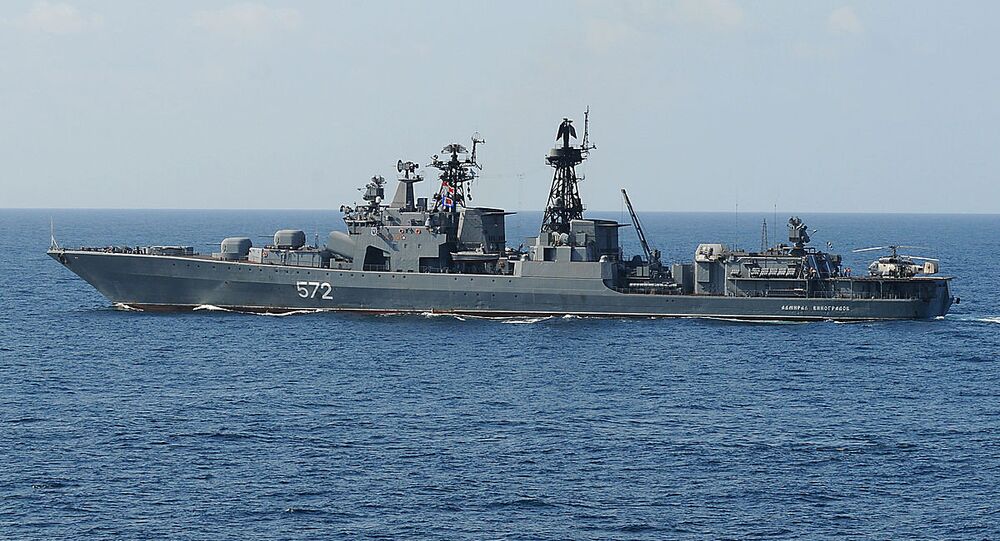 Servicemen and women with the Russian and Japanese fleets have conducted a joint military training on ship interception and search at the Japanese Maritime Self Defense Forces base on Maizuru.

The training was performed as part of a visit by three Russian ships to Japan, according to Russia's Eastern Military District Pacific Ocean Fleet news service.

"In accordance to the visit plan, marine units of Pacific Fleet detachment, acting as a searching team, together with Japanese servicemen, have conducted an exercise on suspicious vessel search," the news service stated.

So-called doors-open days were reportedly conducted on the Tributs and the Vinogradov. A mini football match between the servicemen of the two nations has also been scheduled, according to the statement.

The visit is scheduled to wrap up on July 10.