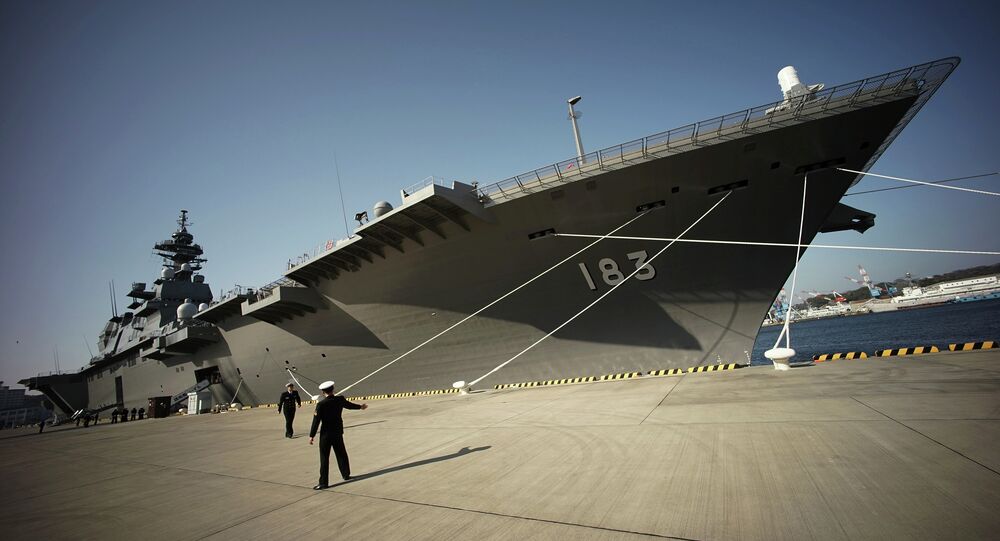 Tokyo has sent a large helicopter carrier to the contested South China Sea, a move that will most likely anger Beijing.

Japan will send the Kaga, a 248-meter-long carrier ship for a mission to the South China Sea that will last for a year, two officials with direct knowledge of the operation told Reuters. The officials spoke on condition of anonymity saying they were not authorized to speak to the press.

"This is part Japan's efforts to promote a free and open Indo-Pacific," one of the officials said.

The aircraft carrier, which has the capability to operate several choppers simultaneously, will be accompanied by an escort ship and will make stops in several South-east Asian countries including Indonesia and at ports in India and Sri Lanka, the sources said.

The carrier could also conduct military drills with other ships stationed at the area, according to Reuters.

Last year, Japan sent a similar ship, the Izumo, for a mission that also lasted one year.

Japan shares concerns about the growing Chinese presence in the region where major trading routes pass that are vital to the US and Japanese economies.

The US increased its military presence in the South China Sea last year, claiming that it seeks to secure freedom of navigation. Japan abstained from taking part in US military operations, fearing that doing so would cause China to increase its presence in the East China Sea, where the two countries are already in conflict regarding a contested archipelago, known as the Senkaku in Japan and Diaoyu in China.

China claims most of South China Sea to itself, but notes that its intentions are peaceful. The conflict is complicated by a longterm US-China standoff over the island of Taiwan, which Washington de facto recognizes as a sovereign state, and which Beijing considers to be part of its territory.

Japan May Start to Use Unmanned Flying Vehicles by 2020 – Reports